Oz Volvo vinyl stickers are back in stock! Find them using the link to the right (or bottom) of this page.

After a painful two year long hiatus from Volvos I finally ventured back and purchased a 1987 240gl wagon. The thought process was that I wanted something cheap, manual and RWD as a second car that i could take to the skidpan and track days to go sliding in. I'd spent a long time looking for a VS that wasnt thrashed or overpriced, and at one point last year I actually bought one that was a solid deal and a pretty nice looker ... except the previous owner had put diesel in the fuel tank and I couldn't figure out the issue as to why it was running worse and worse and blowing more and more smoke and running on less and less cylinders (despite replacing almost everything) until after I sold it to someone else. A VS would have been a good fit for my budget and intention of hitting tracks as they already have a pretty solid drivetrain whilst being relatively light and finding parts for them would be easy. Unfortunately as previously mentioned, they have somehow become quite desirable (particularly manual utes) seemingly in the last 6 months. Ke70s are now $4k+ for a non 4age and at this point I really started missing my old 240.

Then I saw that my mate had this 240 as his daily; it was manual and had rego so I slid in his DMs and after a month I went over and bought the thing. 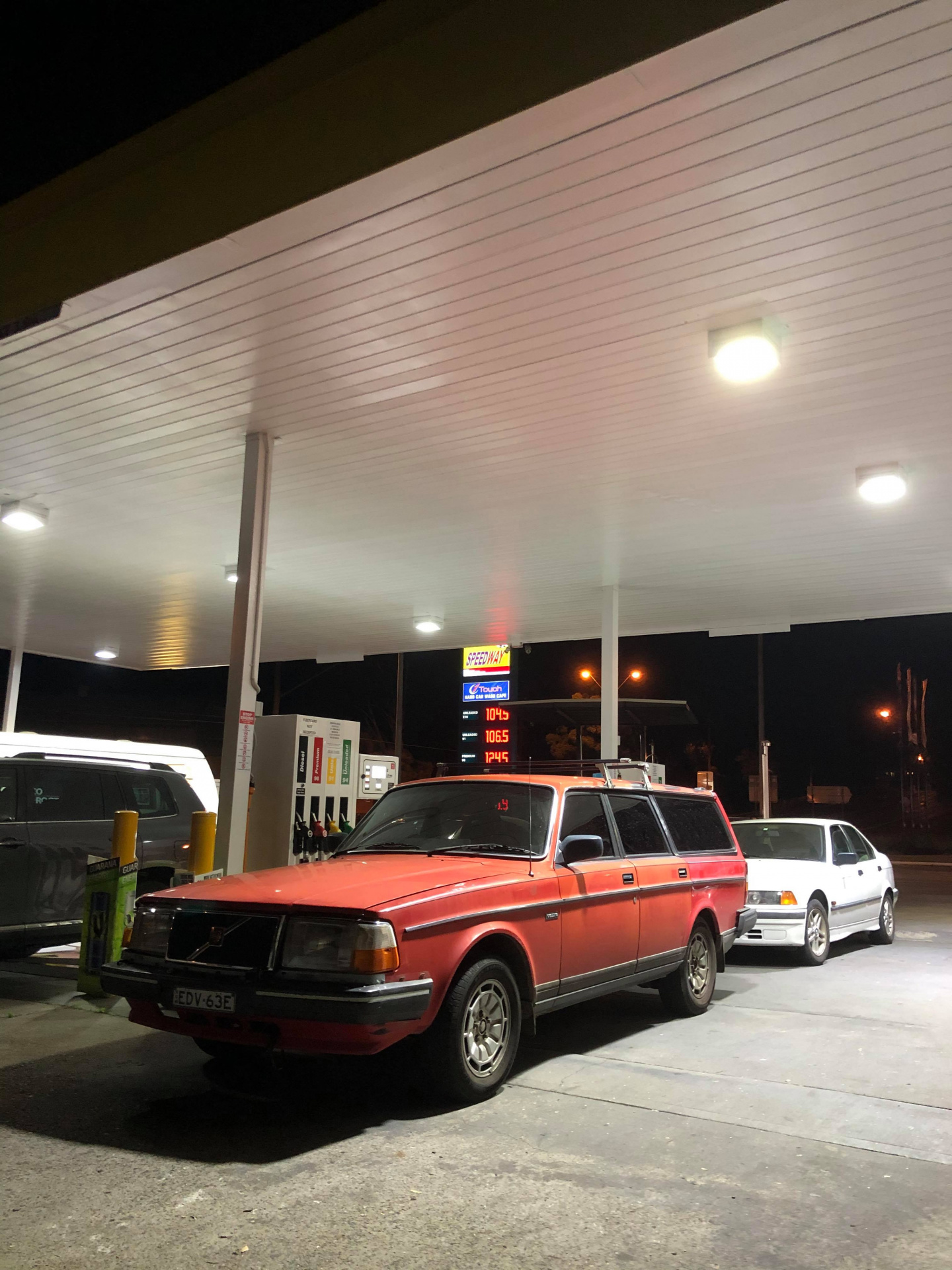 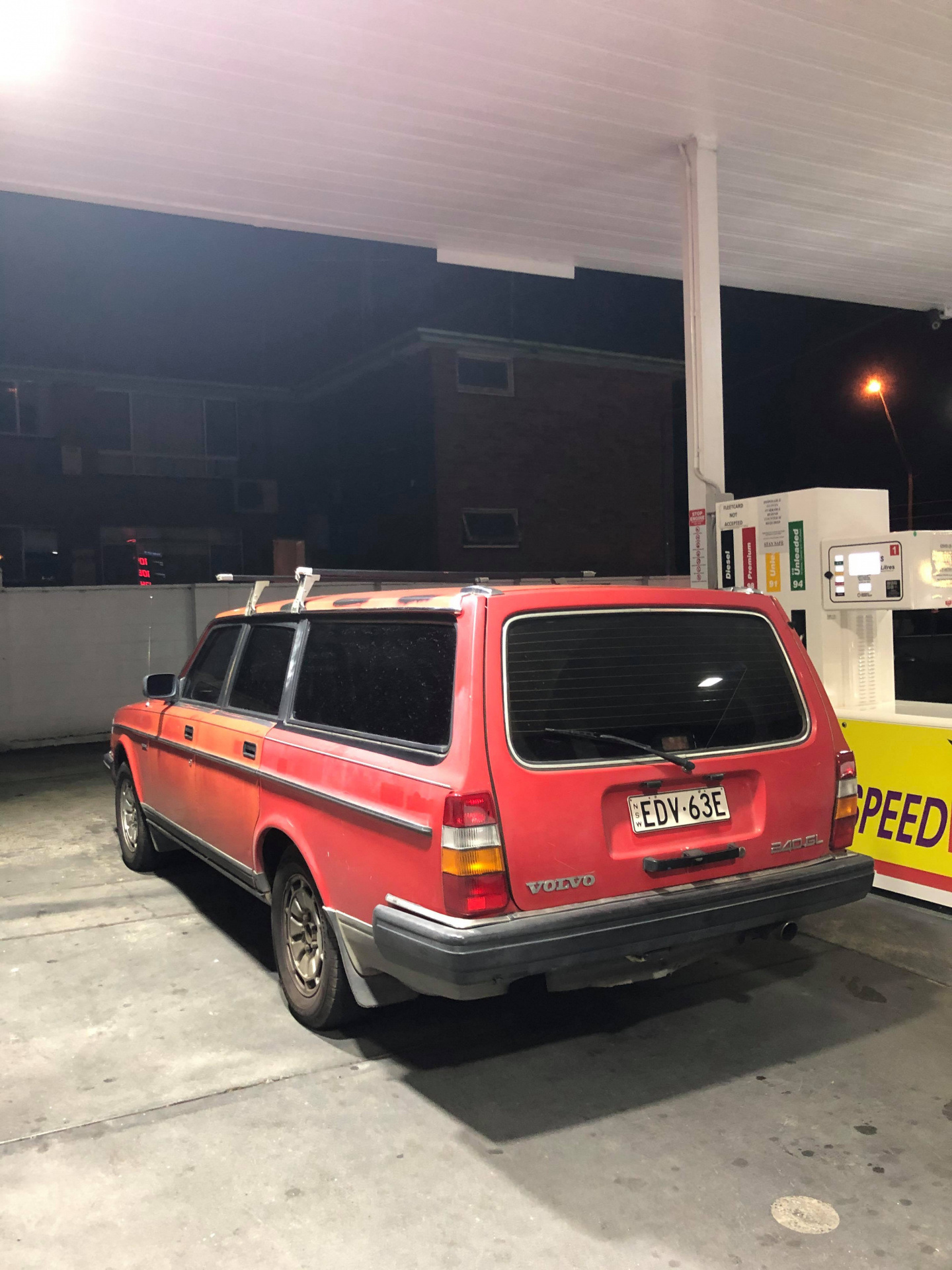 So apparently it was an ex-shitbox rally car hence the paint and sticker outlines; it's b230f, m47 5spd and already cammed (pretty certain its a H cam but not 100% sure, definitely sounds like one). Apparently the drivetrain was swapped out of a 740. Im not sure if its lh2.2 or 2.4, i havent really spent much time looking at it.

Here's a couple pics of it with my current daily; a 2004 suzuki ignis sport (an absolute gem of a car, a mini-minivan with an 11:1 comp 1.5 motor and close ratio gearbox). 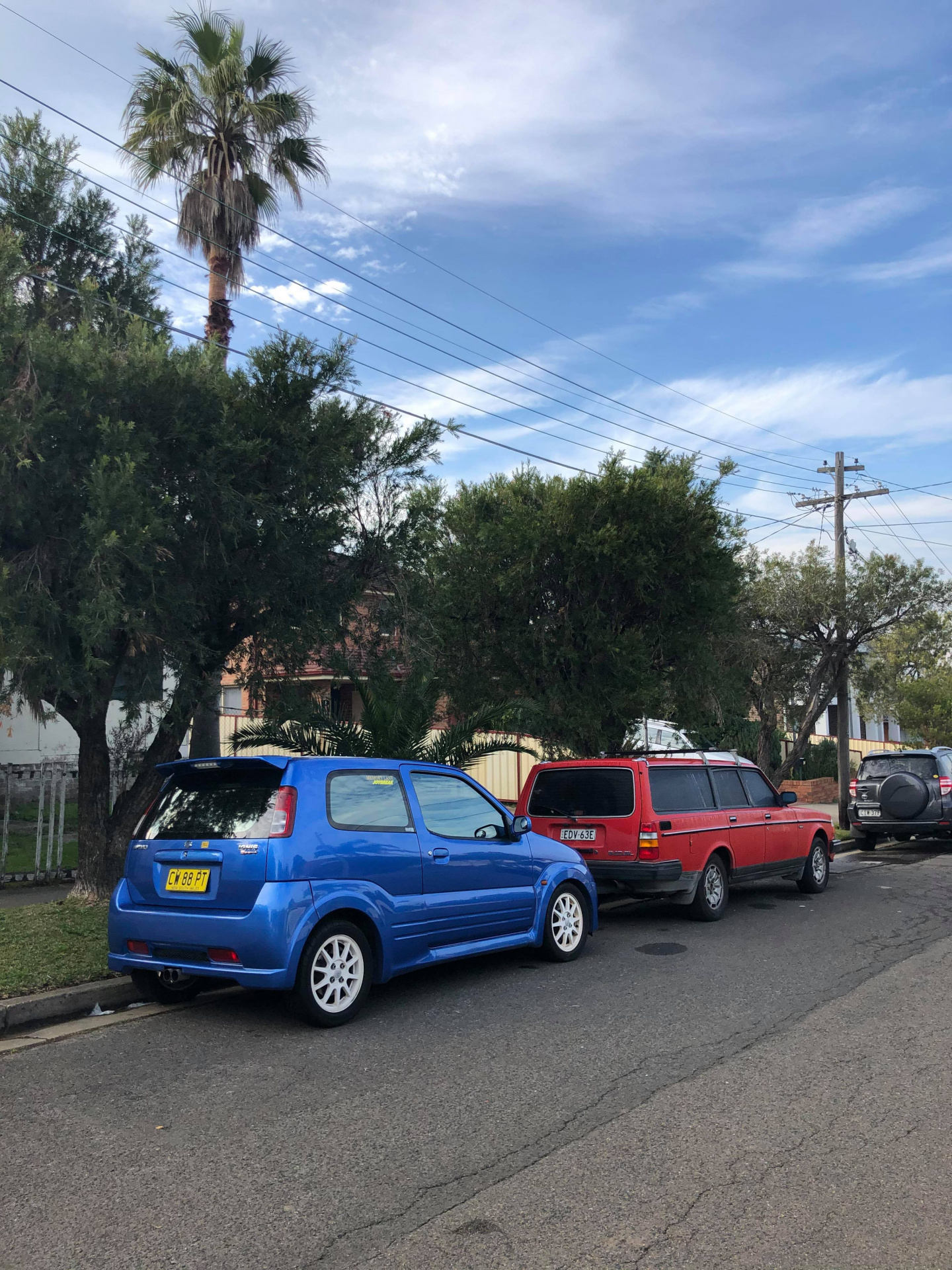 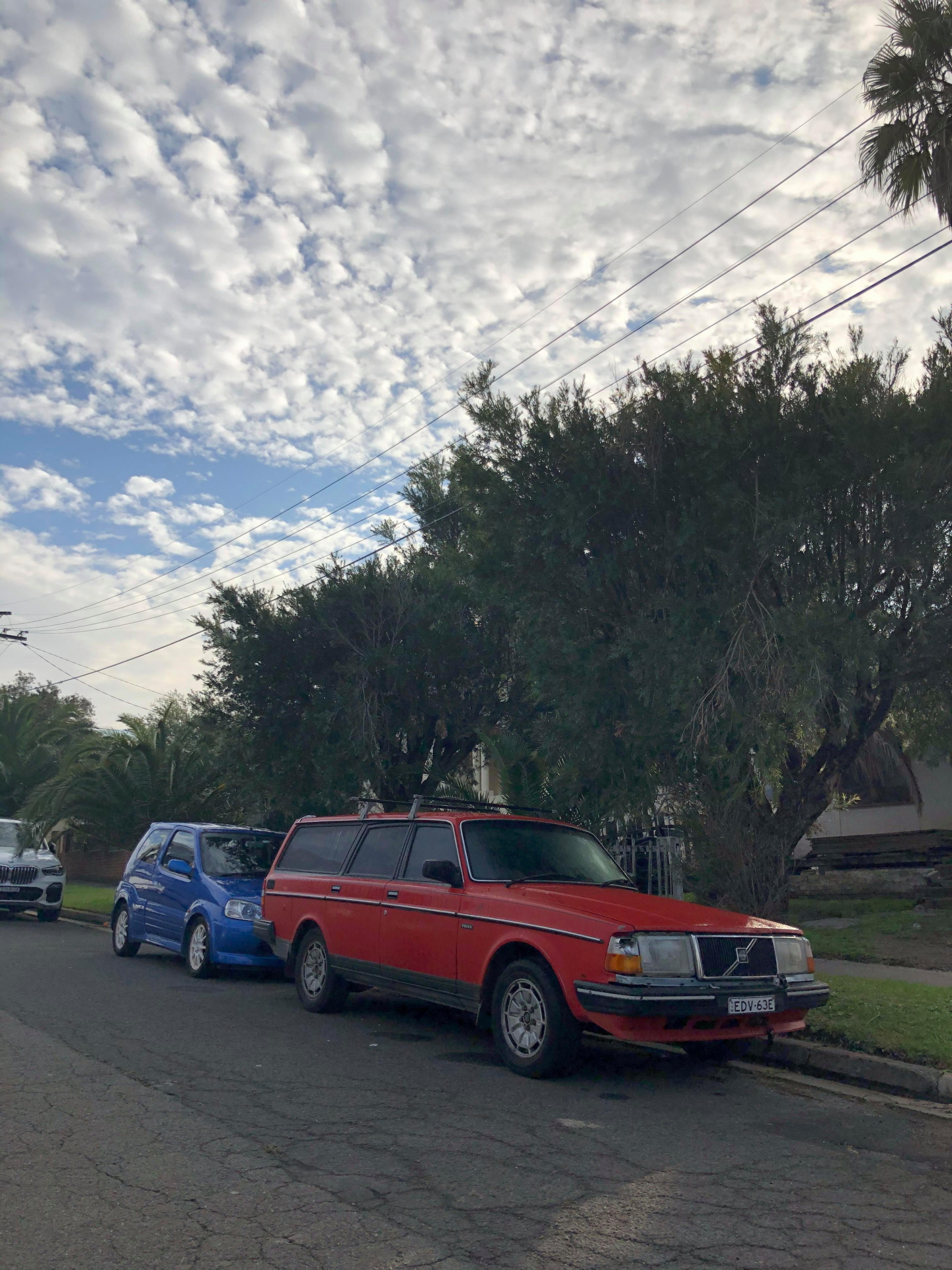 Plans for the 240 are the usual idiot-young-dude things. Coilovers, diff gears, wide wheels, weight reduction etc. Before I do that I need to clean up and replace a couple of things; needs a new gearbox mount and shifter bushings (what's new); the engine bay wiring is a mess due to it having spotties, radio and all that jazz formerly installed; need to replace that side light (if anyone has one in NSW let me know).

So yeah! Im glad to be back. Keen to put some work into this thing, spend money irresponsibly and have fun :)