Oh, look, it is another Spac thread that nobody cares about!

As usual, the purpose of this thread is 50% getting stuff straight in my head, 45% recording things for myself, and 5% the expectation that someone else will ever care enough to read it...

There’s an enduro event known as the International Six Day Enduro, which has been running since forever. The basic deal is that the best riders in the world slog it out for six consecutive days, with minimal time to work on their bikes, and with restrictions on what they are allowed to change.

Since 1978, there’s been the Aussie four day version which is partly to prepare the top Aussie riders for the ISDE, and is the Australian championship all by itself. I have competed in two Four Days - 2012 on a modern bike, and 2014 on a 1989 model KDX. Finished both WAAAAYYY down the back of the field.

In recent years, both have expanded to include a short class for old bikes. Sadly, the old bike class at the Four Day has become a political football, so a new, vintage-only Australian Three Day Vintage Enduro was first run in 2019. This event was designed specifically for old riders and old bikes - a challenge without being killer. I missed it last year because my busted knee hadn’t healed properly. 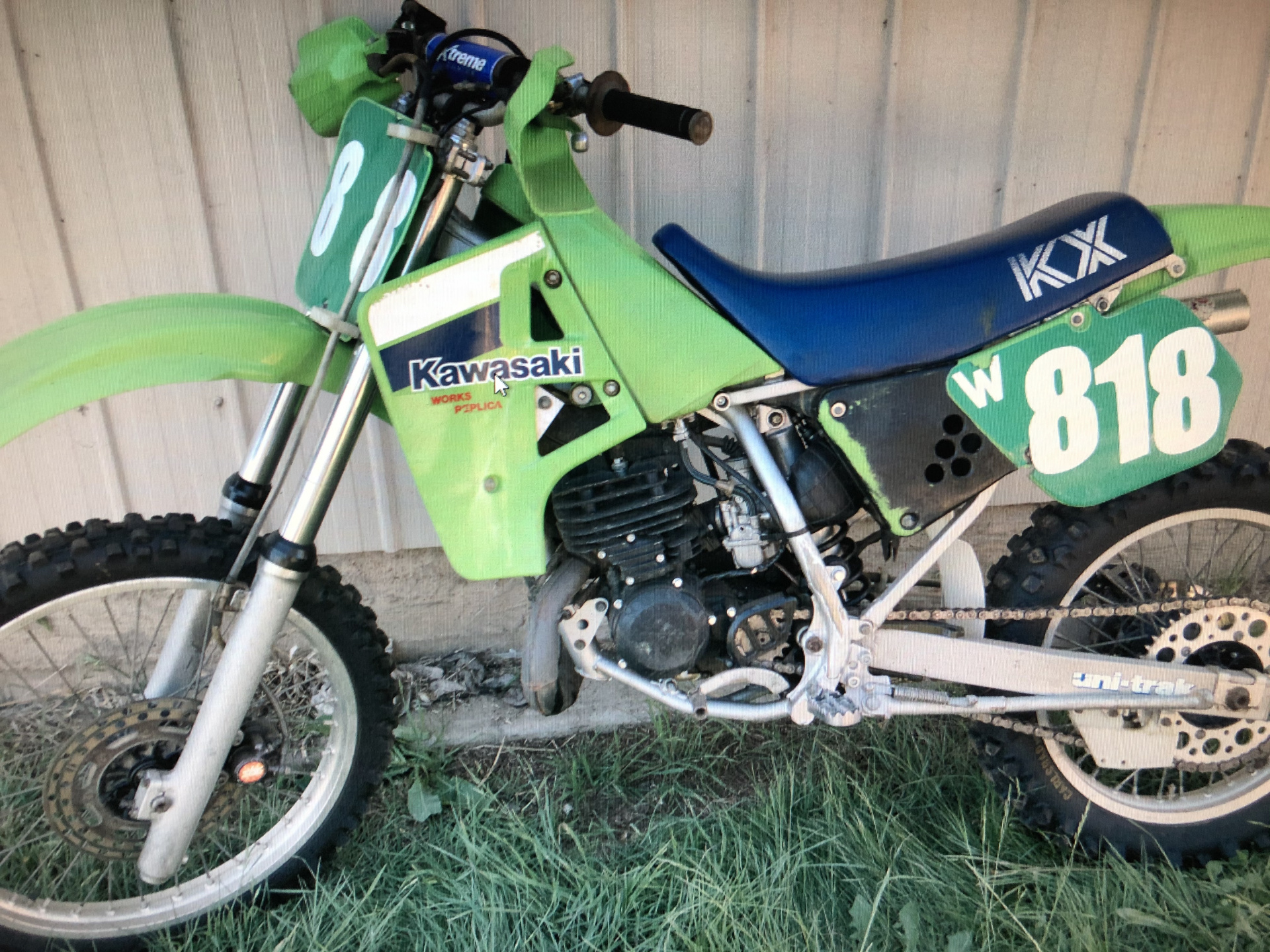 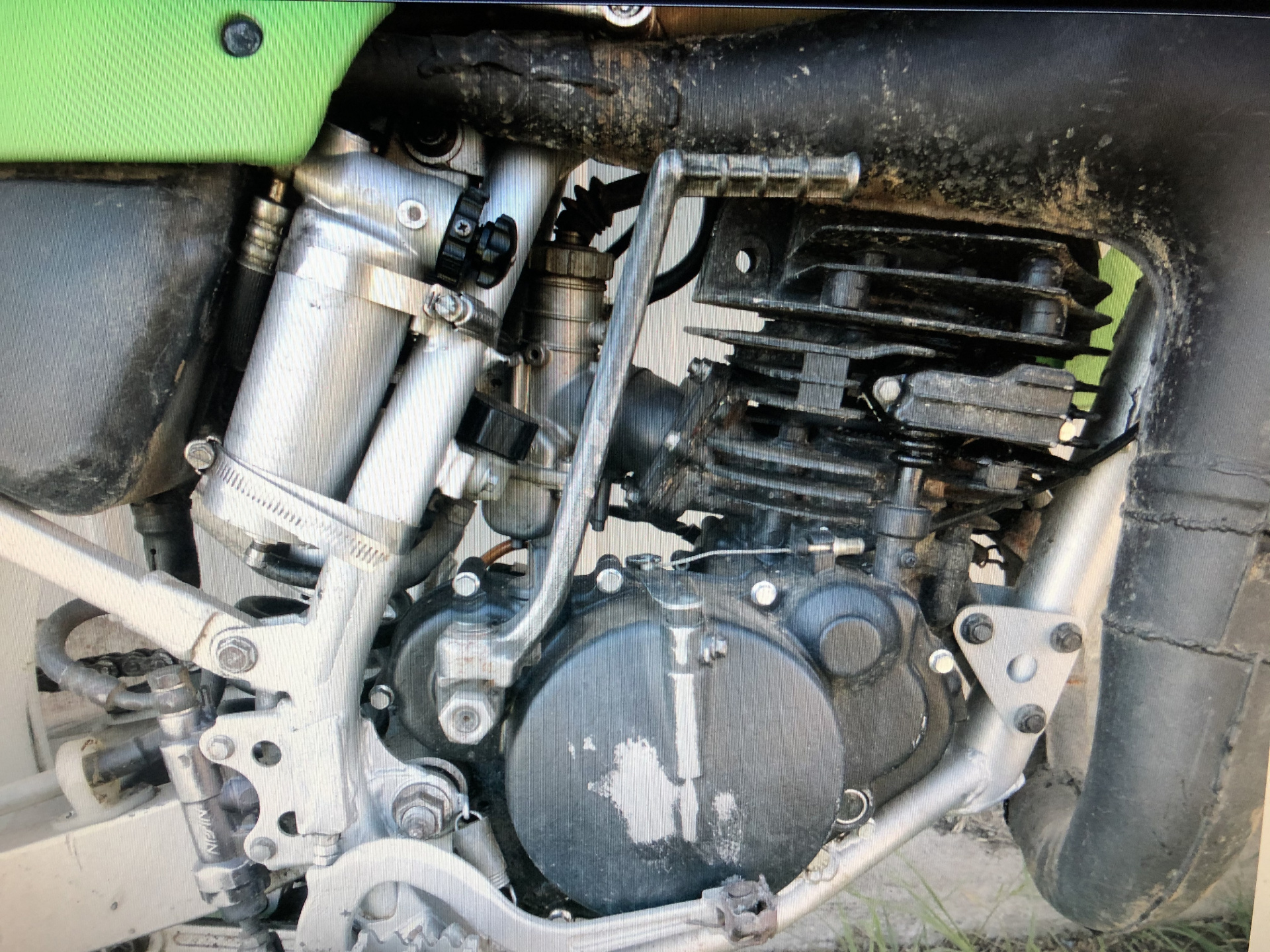 I sold it in late 2012, partly to help pay for the new bike I bought, and partly because it wasn’t legal for any of the old bike events at the time.

But it is legal for the Three Day.

My mate Tony happened to bump into the owner at a swap meet in early 2019, and gave me his phone number. We bounced messages back and forward about the bike for a few months but then he went cold.

With this year’s Three Day rapidly approaching, I tried again - and had success! A deal was done, and I had it couriered up from Melbourne. 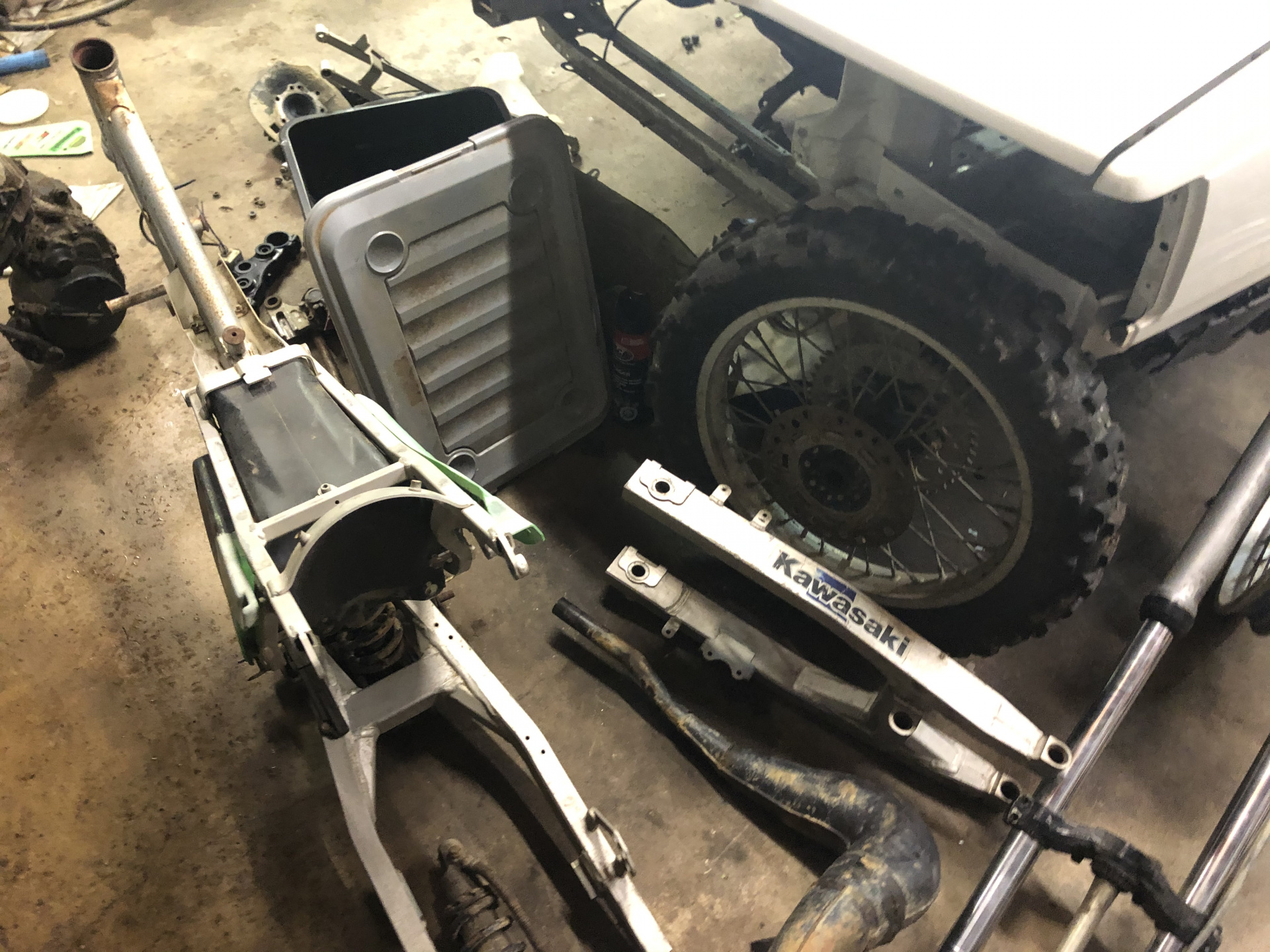 I could easily make this thread a million grumpy words about looking after stuff and not doing dumb things to tidy old dirt bikes, but I will try to resist. If I put a random pound sign (£) into any posts, just insert a Spac rant in its place.

For now, suffice to say that there’s a few “highlights” that have left me scratching my head - disabling the exhaust power valve with silastic... 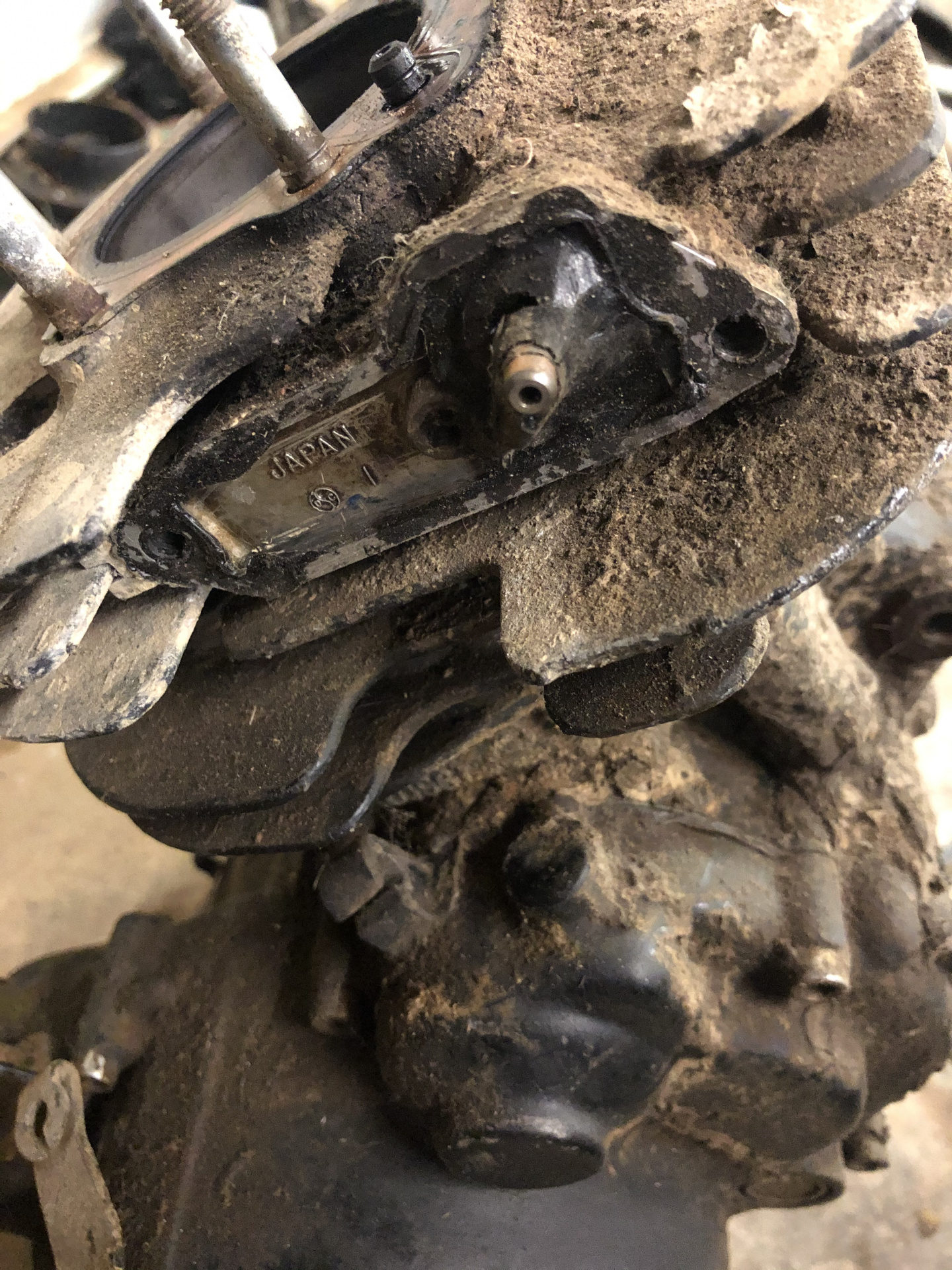 ...and cutting the wiring rather than disconnecting the plugs... 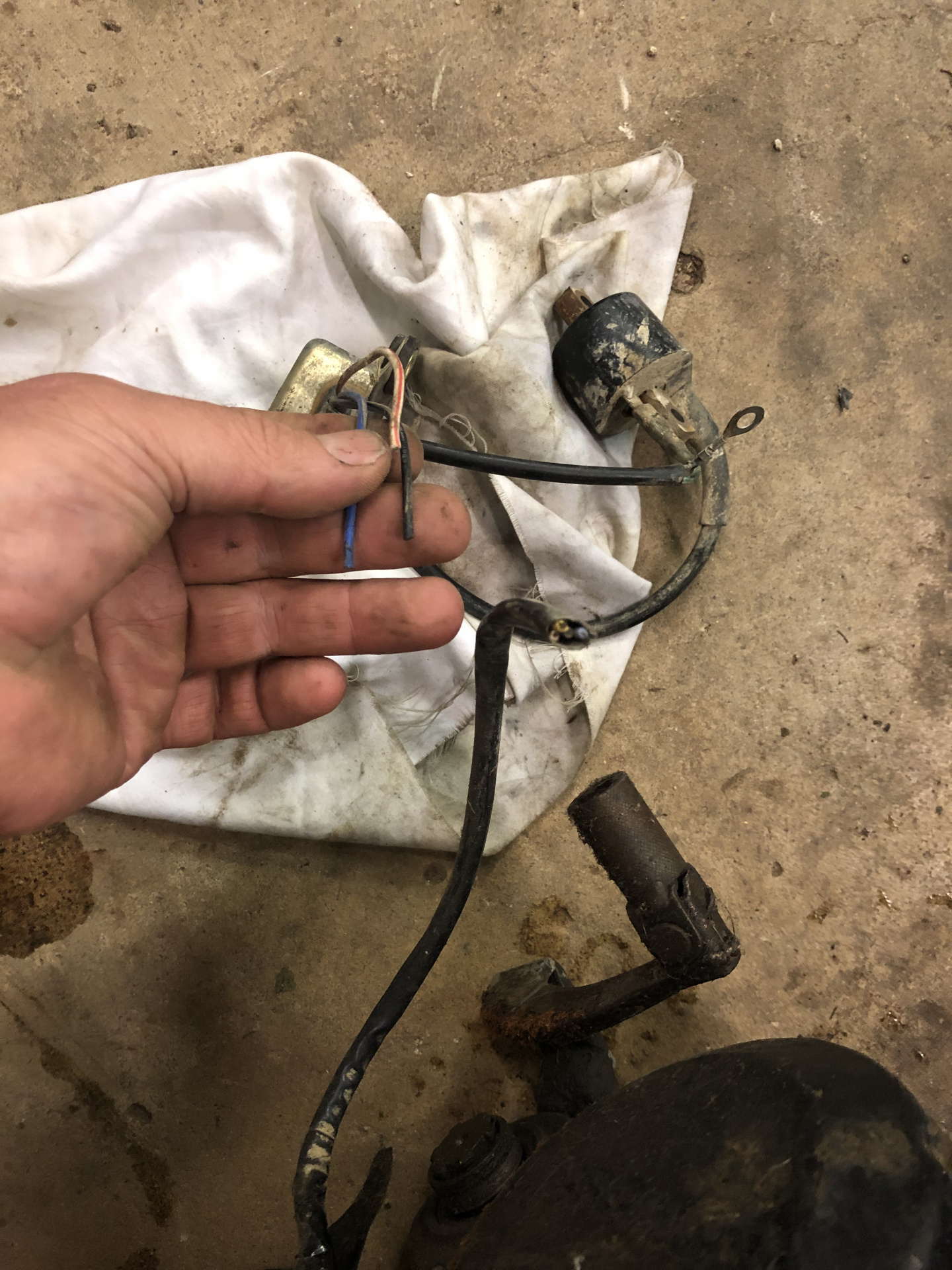 Hacking the subframe AND allowing the airbox to be burned after bending the exhaust (rather than straightening the exhaust?!?)... 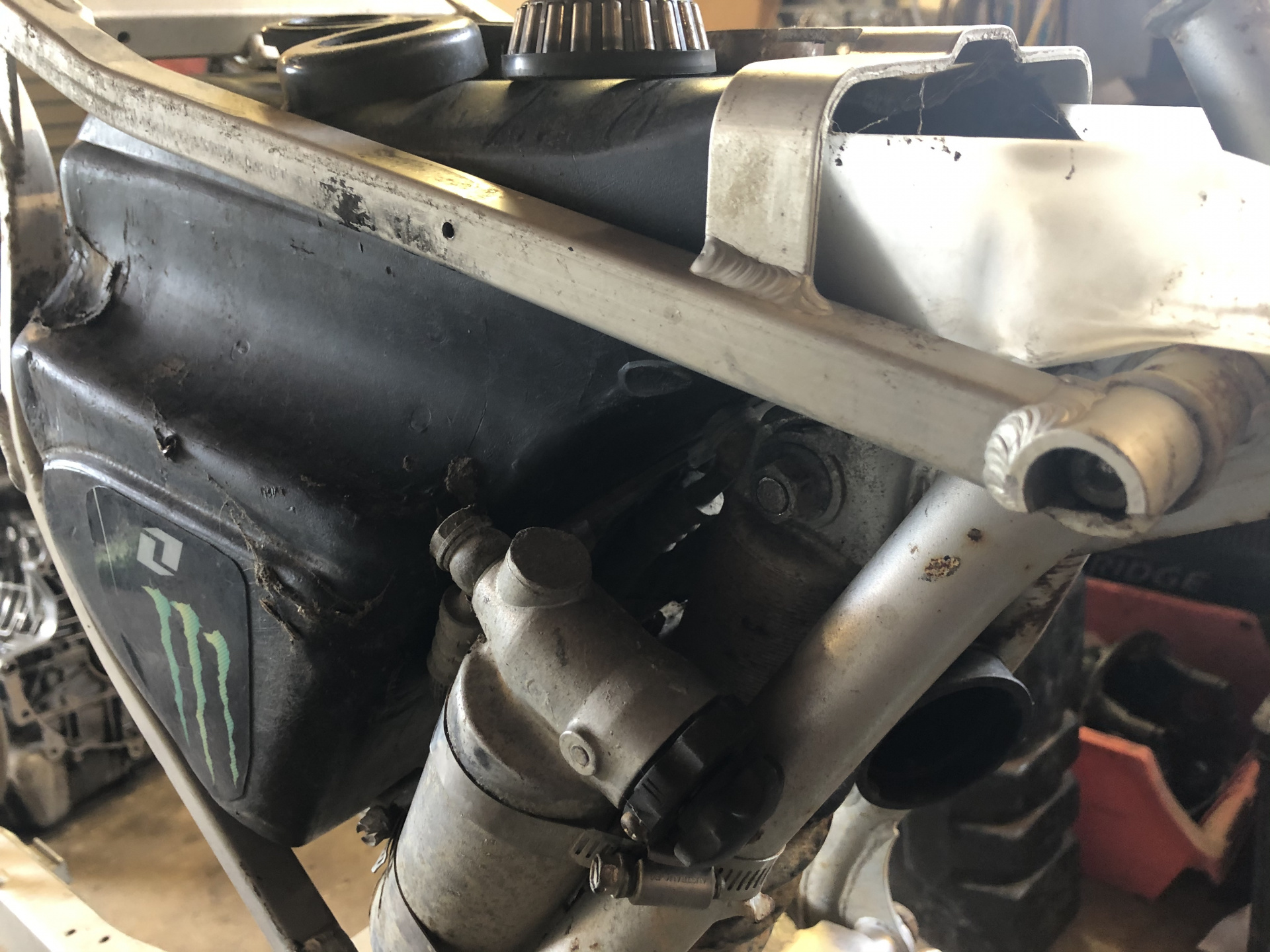 So, today I began the rebuild. I am currently very limited in my physical abilities, thanks to surgery last Wednesday, so lost of things are happening in a weird order.

The big decision was to NOT make the bike pretty. In fact, I am going for the opposite: I want it to be ugly. I want people to see it and think “what a shitbox!”. But it is still a long, tough event with minimal opportunity to fix problems, so it will have to be mechanically spot on.

So the basic rules I have set for myself are:

Sometimes these things contradict each other - in which case, reliability and ease of working on the bike will win but if I can do it unpretty, then I will do it unpretty.

First step was to remove the thick layer of grime that was built up on the frame rails, and then I went over the entire frame with the 6mm thread tap. 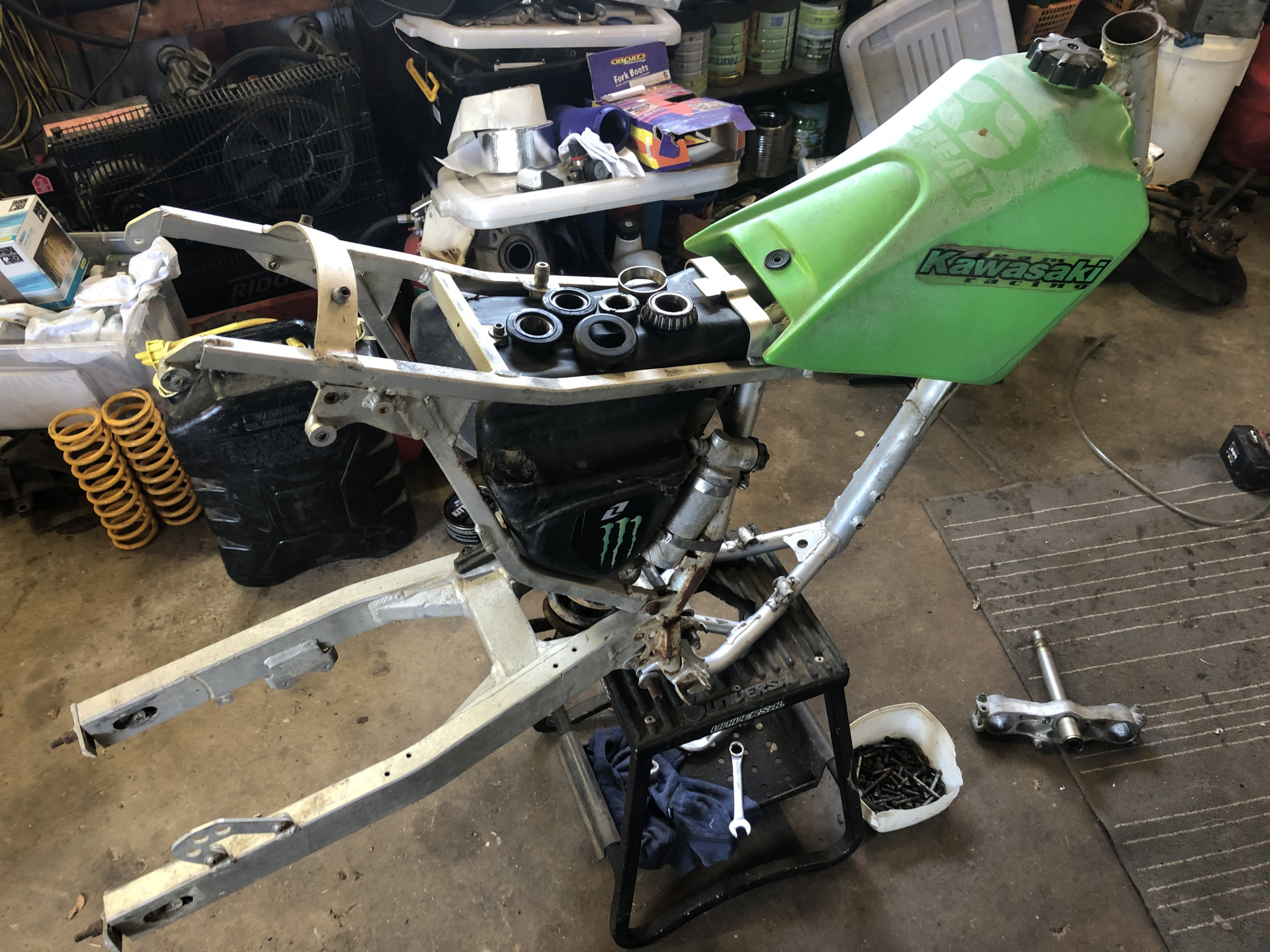 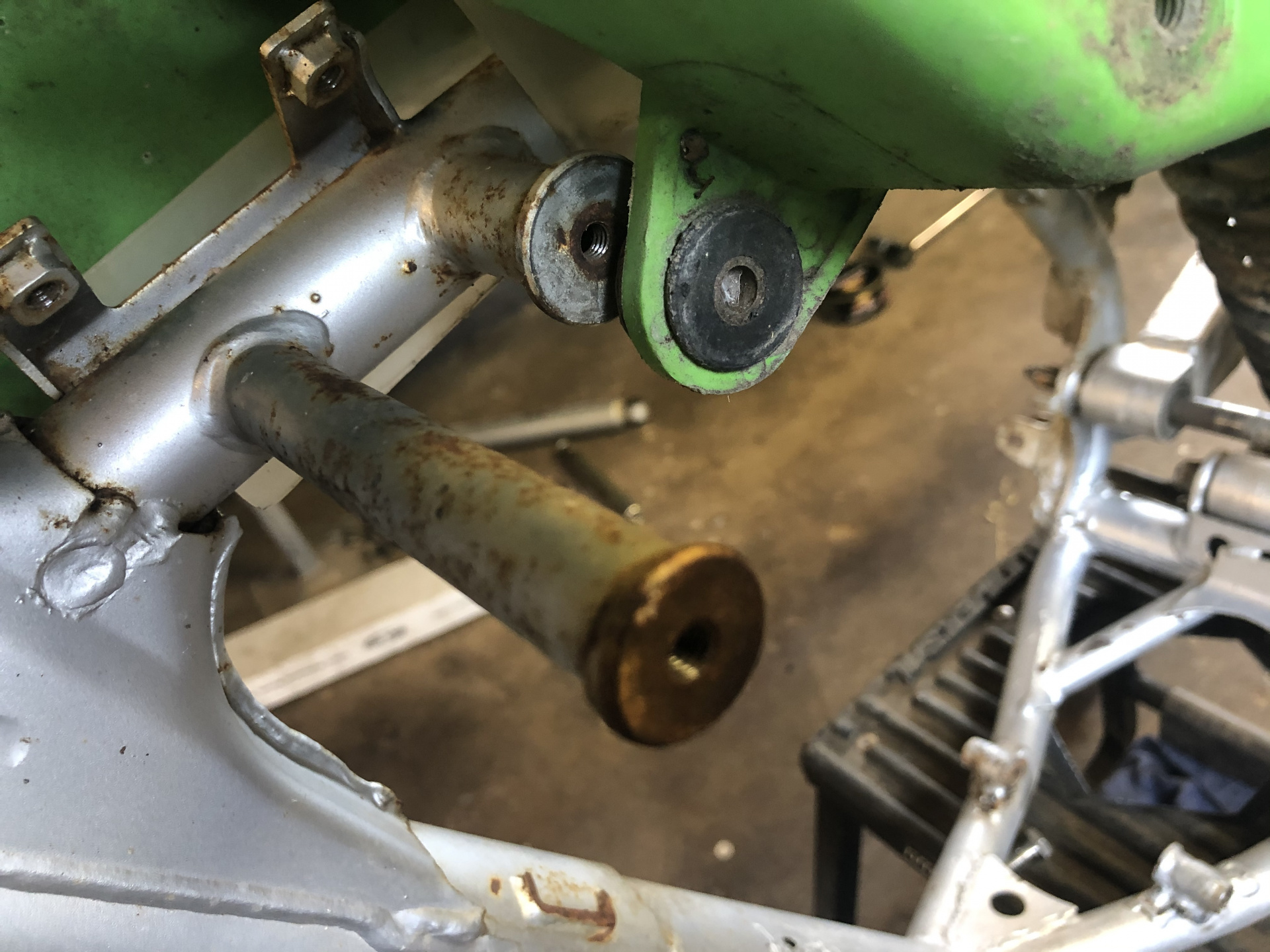 Next step was to visit my mate Marty who races a similar age KX and raid his stash of old plastic guards and covers to replace the missing parts from my bike. The explicit instruction was “I don’t want your good parts! I want the worst usable parts you have”.

He was happy to oblige. 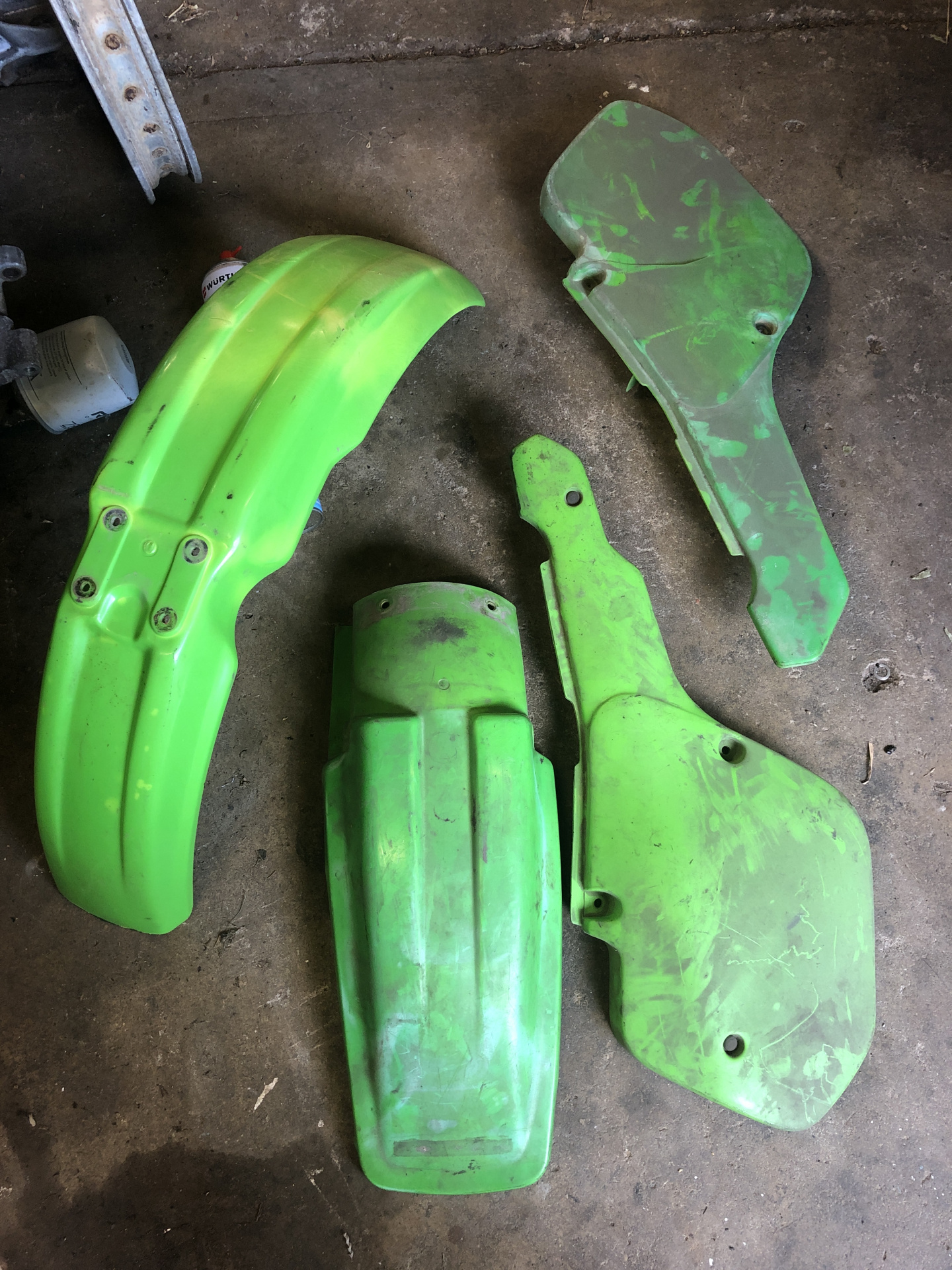 There’s also been a bunch of time spent scratching up smaller missing parts from my shed. Doesn’t make for interesting photos, but is significant progress on the build! 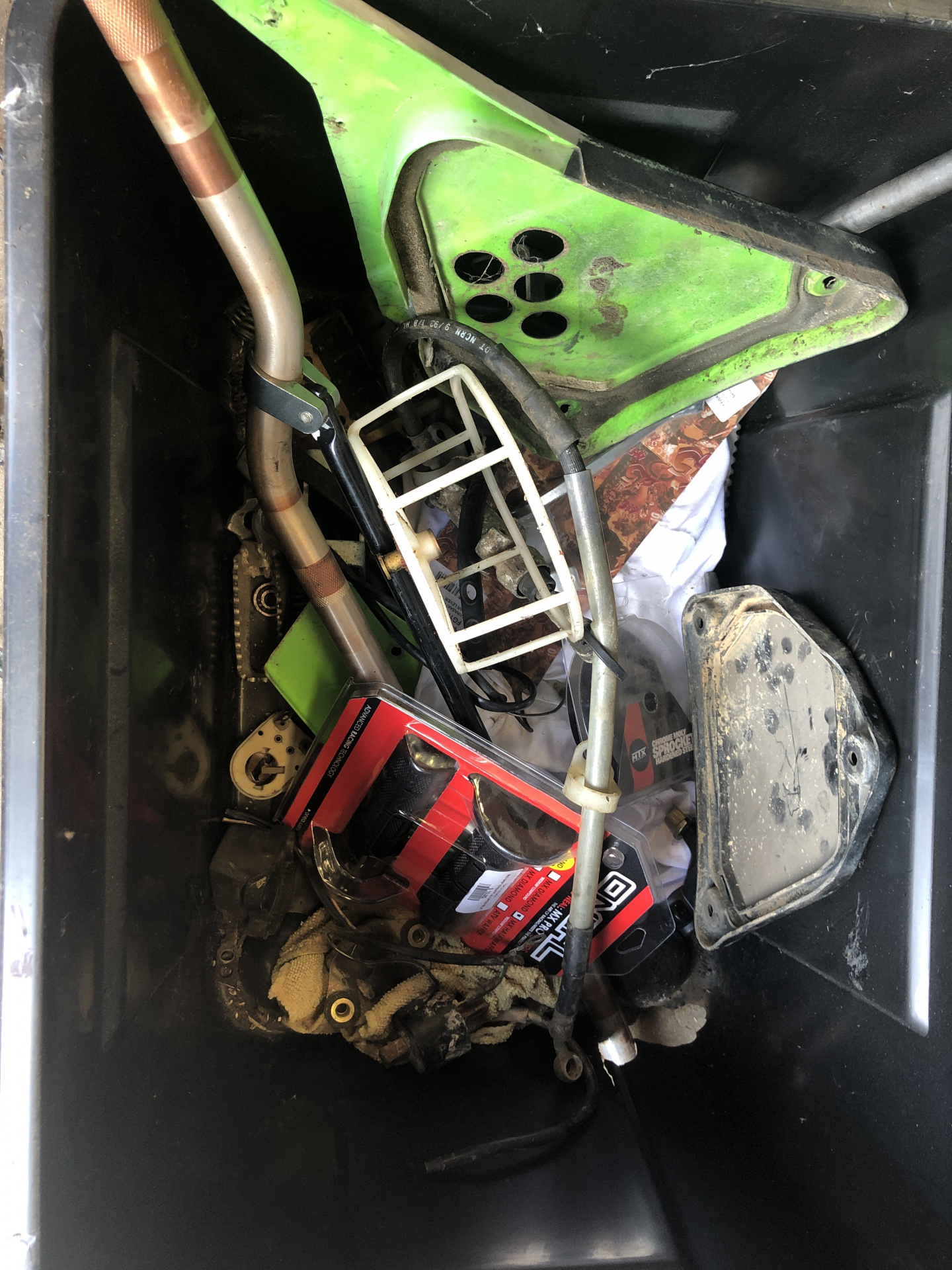 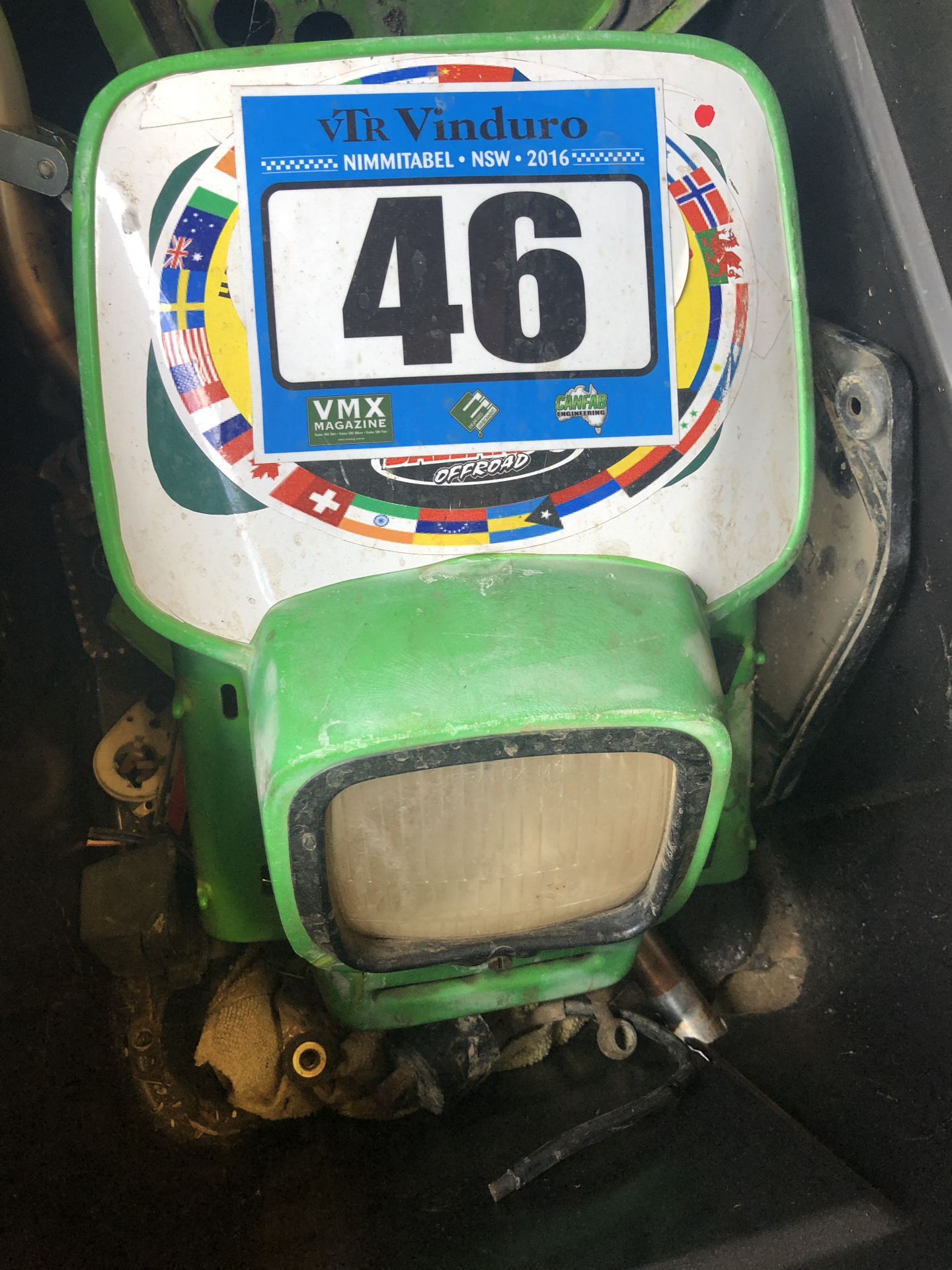 And that’s where it is up to. I have just over two months to heal up, get fit, finish the bike, sort the bike and get my arse to the event.