Roody @Paul_Roodenrys
November 2018 in RWD
Prologue: It was 1979, I was fresh out of boarding school and fresh into teachers college. I waited obediently at the lights for the walk signal to cross Miller Street, still enough of a hick to marvel at the North Sydney hustle, bustle and traffic when a gleaming silver, two door Volvo with stripes up the sides coasted to a stop in front of me. To a bloke who learnt to drive in an FE ute that was little more than an engine and rust and who now proudly punted around in '69 Beetle, it was all style and class. Man, I thought, one day I'm going to own one of those!

Well, thirty years seemed to pass pretty quickly, and I'd all but forgotten about that shiny GT when my very good friend Wal's son Eric, proudly showed me his first car: a blue 144 Volvo. I turned to my beloved and said 'I'm going to buy a Volvo!' She laughed (rather cruelly, I thought) but I'd made my mind up, I wanted a Volvo, but not just any Volvo, it had to be a silver 242GT.

That was nearly ten years ago, and true to form, I bought a car with a dodgy auto transmission, a blown head gasket and more oil leaks than the Exxon Valdez. I proudly named her Vivian, after my daughters favourite doll when she was little and because I thought it sounded poetic: Vivian Volvo.

After a month I was ready to give Vivian away, but then I was given the phone number of A-Class Wreckers in Sydney and I met Gerry, who swapped in a good motor and manual transmission and provided me with friendly advice and service whenever I needed it. Sadly, Gerry has passed away and in my opinion the Volvo community ( and the world) is very much poorer for his passing.

I drove Vivian many miles before a change in work circumstances led me to take her off the road, but her time has come again and I plan to have her back where she belongs, cruising the highways and impressing the ladies for her 40th birthday in 2019.

My plans are really quite modest, at least to start with: replace the existing motor with a B230 Turbo motor from a donor wagon I bought from the afore mentioned Eric. I'm beginning this build thread because I know I will need a lot of advice as my mechanical skills can be best described as basic but enthusiastic and there is a lot I don't understand particularly about the EFI set up.

Thank you for reading. 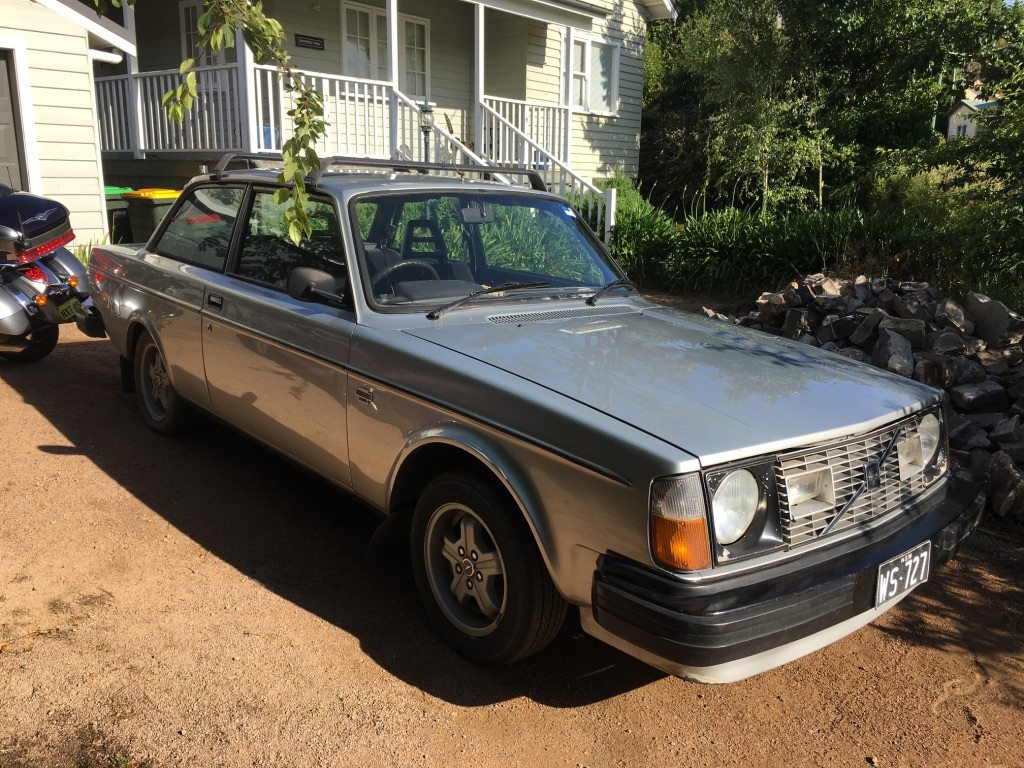