Unfortunately Motronic 1.8 has been largely ignored, mostly because the cars it came in are generally not modified, and when they are, are usually gutted out for a standalone setup like a MAXX, Nira, VEMS or whatever is most popular at the time in Sweden.

So, along with some help from the helpful folks over on TB, Broke4speed has done a lot of work when it comes to tracing tables and maps. He has since moved on from the project, but has offered to aid me in mapping out the rest of the bin to a point where its usable.

I have a few resources that Ill be collating over time, wiring pin outs, diagrams etc that I used to aid in my swap that may help others in the future.

This 55-pin ECU Connector wiring diagram helped me out a heap, the volvo greenbooks are good, but some things arent so clearly labelled
Ive tried to link it, but the domain is dead - I was smart enough to take a screenshot 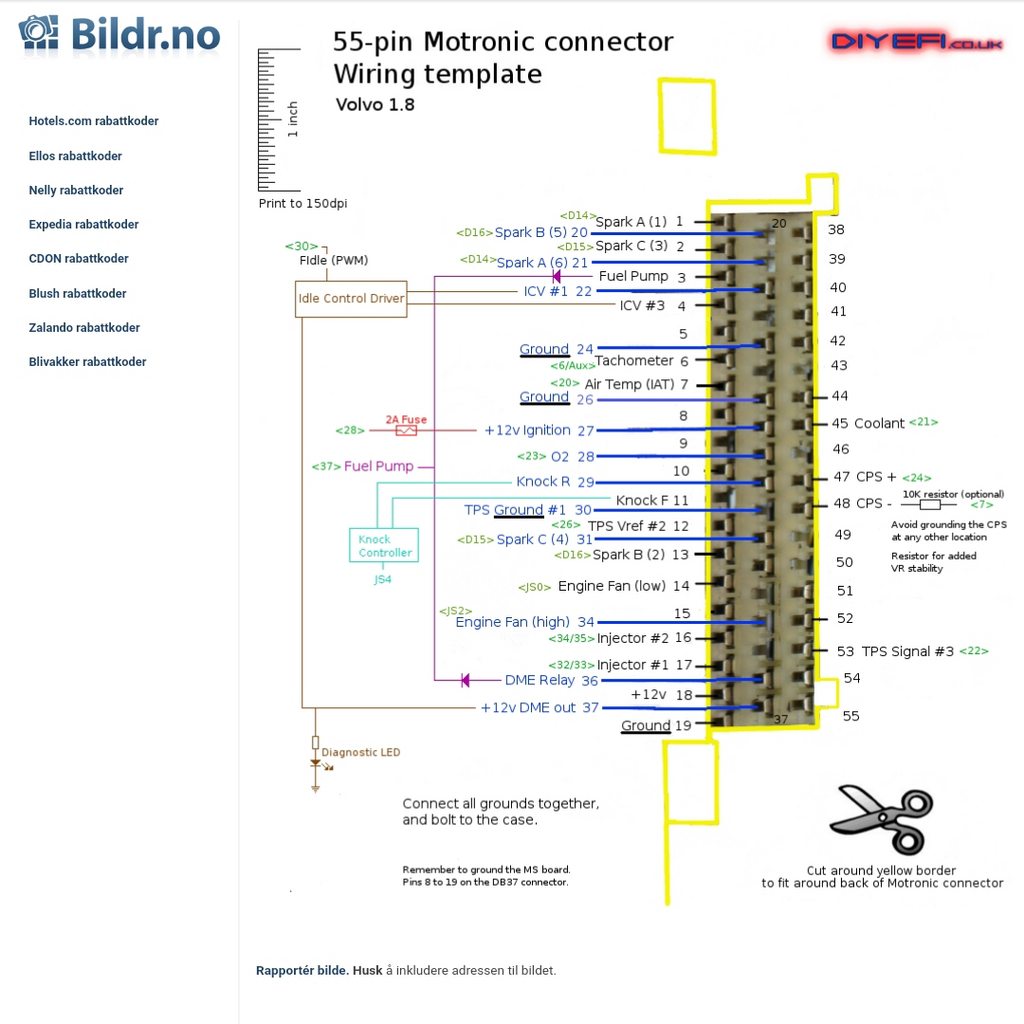 More to come, Im hoping to have have a T6 bottom end to play with in the near future, which will require a little tweaking on the ECU side of things