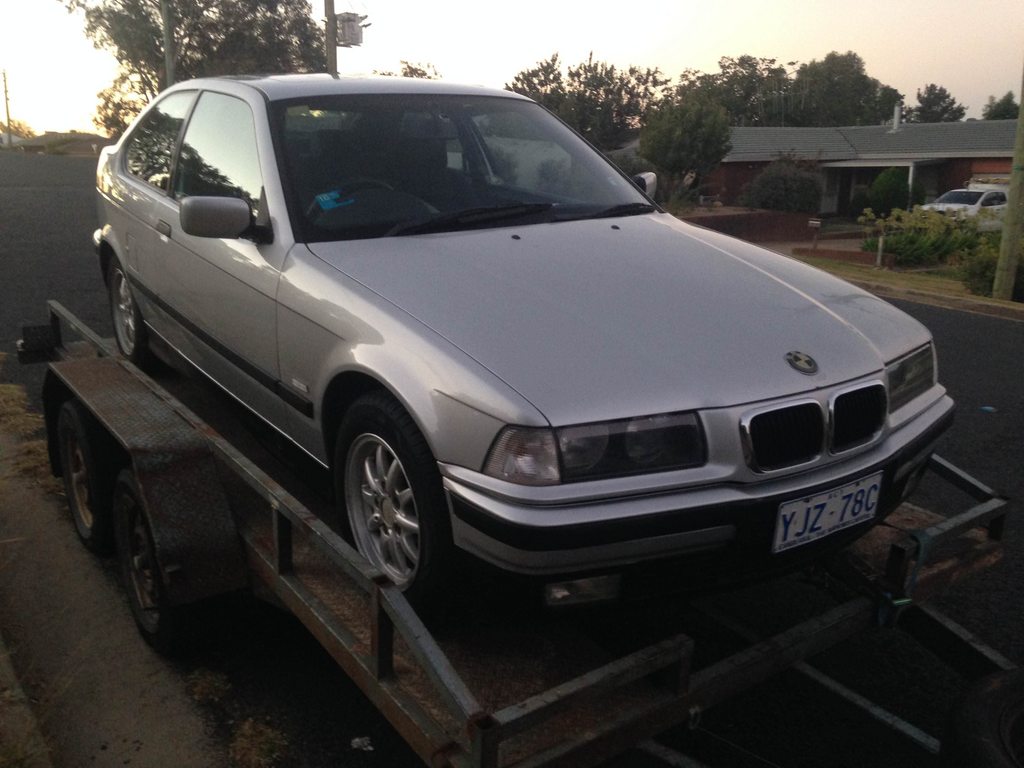 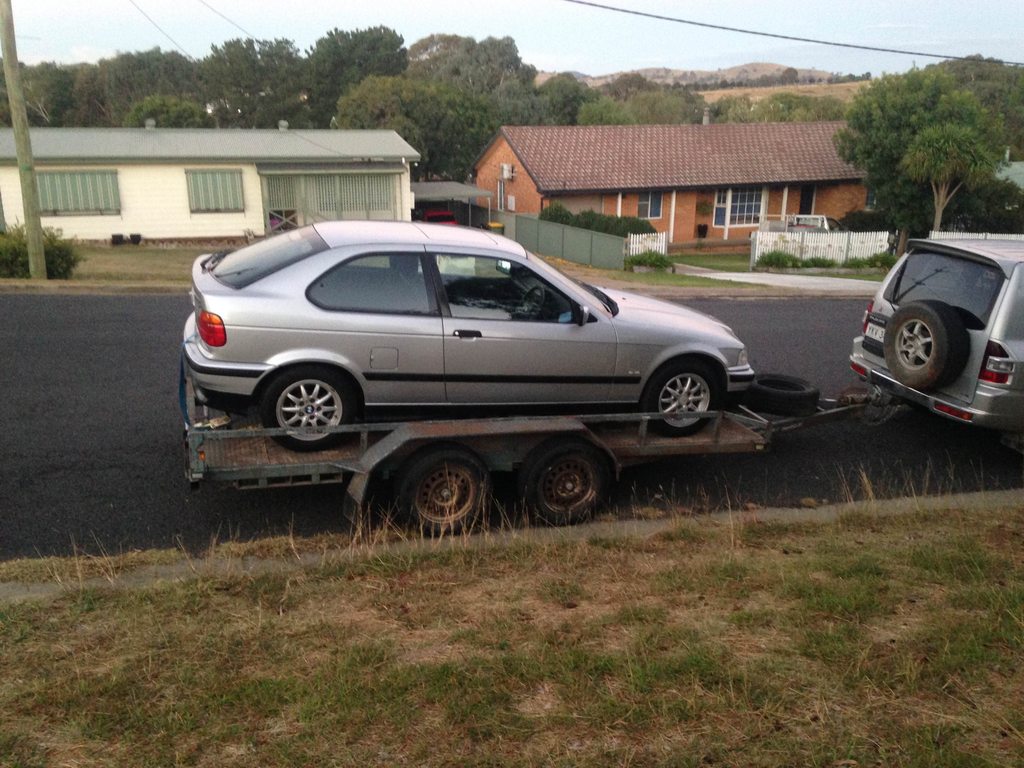 After MUCH head scratching and discussion about what I want from my next rally car (simple version: RWD, 4 cylinder, cheap/readily available bodyshell), the E36 Compact won out.

It has a few bonuses too: the steering rack in front of the crossmember, and the semi-trailing arm rear end are both less than ideal for circuit work, but are positives for gravel work.
Plus the gearbox ratios are good - the ratios from 2nd to 5th are pretty much identical to 1st to 4th in an Escort Rocket Box. Add in a 4.44 diff from an auto Compact, and you have achieved what would cost several thousand dollars for virtually any other car.

Also scored a free 318is (twin cam coupe) with a blow HG, and a free running 316i, which vindicates the "disposable car" part of the decision.

Next step is to get it rego'd in my name.