240 @240 Canberra
December 2016 in General
This afternoon I went to replace the gearbox mount on my M46 (240) but found that the replacement I had, didn't fit properly. Went to put the old one back in, but for some reason the crossmember won't line up: if I put one bolt in, then the other side sits at least 20mm away from its respective hole. (Sorry if that needs explaining better.)
Picture attached to show how far it needs to move.

I have no idea how this has happened, and even less on what to do about it - any suggestions? (I do need to resolve this quickly so I can drive my car!) 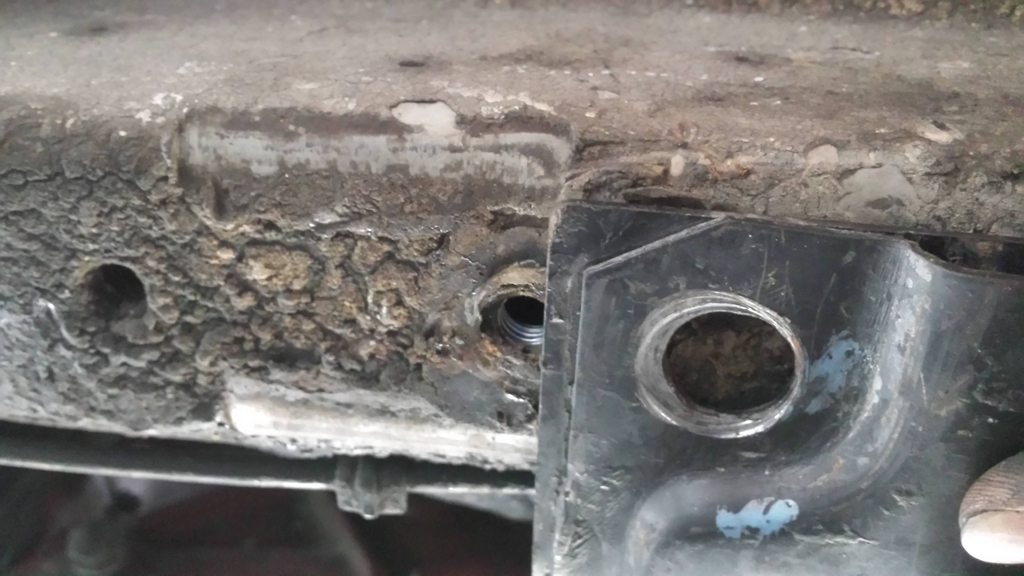