OK, so I'm thinking of putting these driving lights on my 79 245 project car. Went thru the old accessory brochures and they're all over the shop. Heino said on the later cars (this car has a 93 bumper) you're meant to use the OUTER spoiler attach hole...which is at 1200 width between holes. IMHO that looks stupid and is too wide - nearly at the corner of the bumper. See pic below. The benefits are it doesn't block the below-bumper air intake or the towing eye. 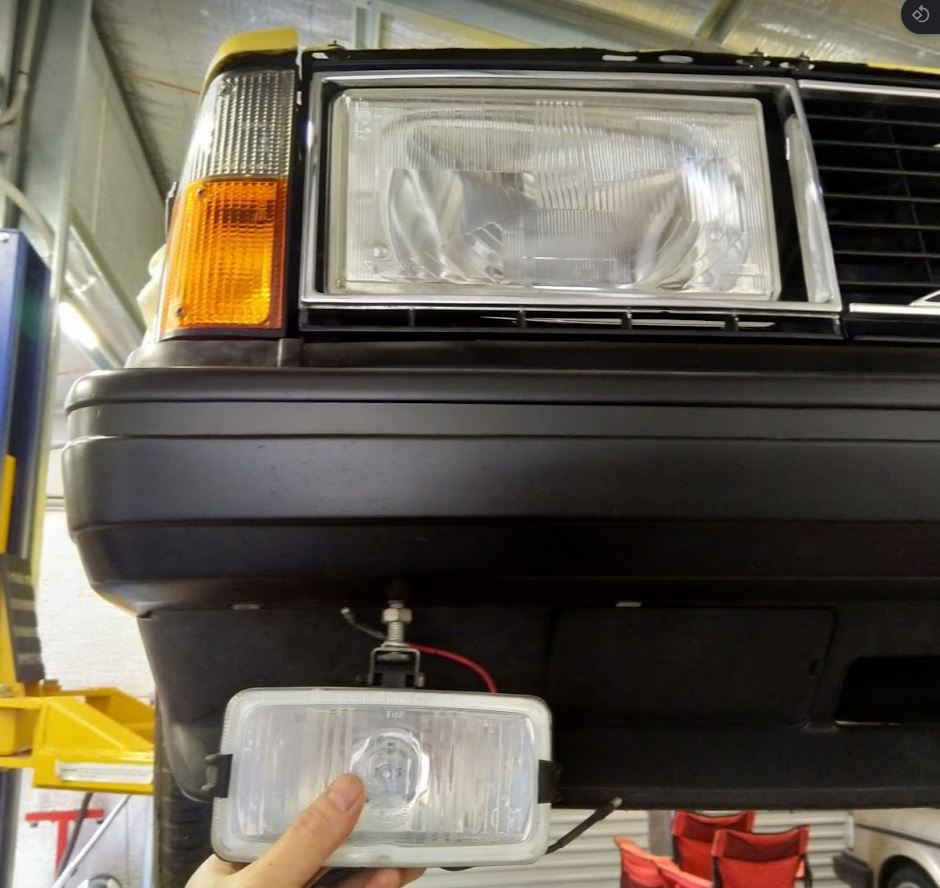 The other spoiler attach holes are at 400 mm width (between holes)...may be in a bit too narrow? See pic below. It sort of lines up with the sides of the grille, but of course blocks the lower air intake. Doesn't block towing eye. 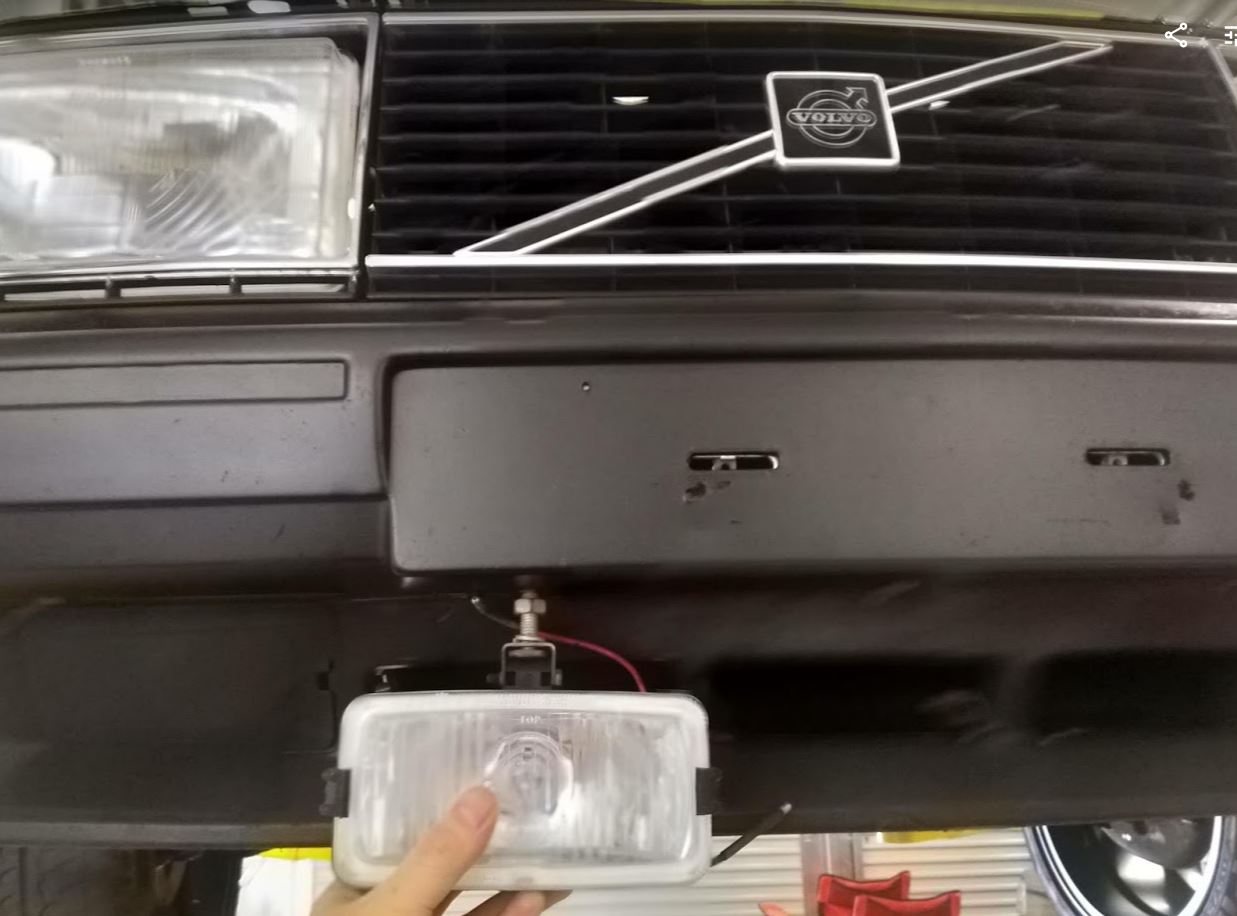 From the brochures I have, there are multiple positions shown (see below). Clearly none of them use the 1200 mm or 400 mm spoiler holes, although the black Turbo may be close to 400 mm width. The silver Turbo and the late-model 240 seem to have the inner edges of the driving lights aligned with the inner edge of the headlamps. I'm kinda liking that one. 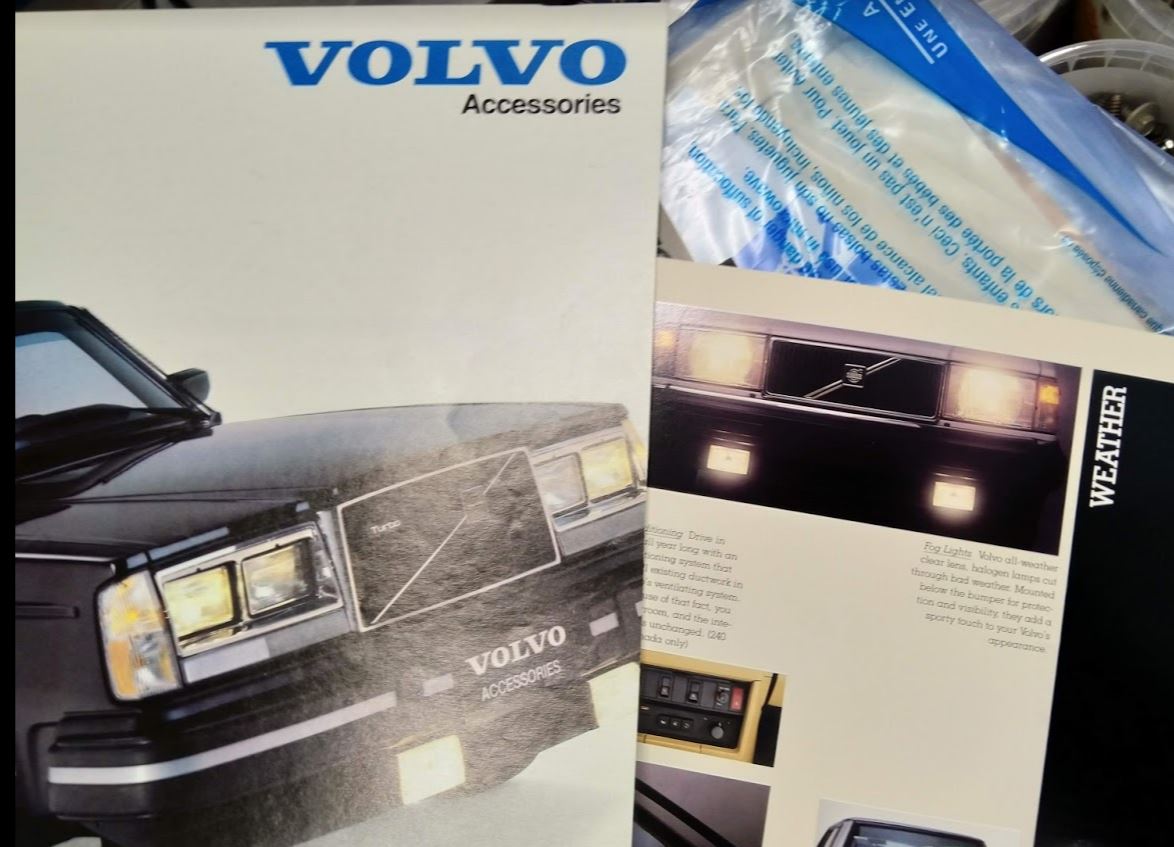 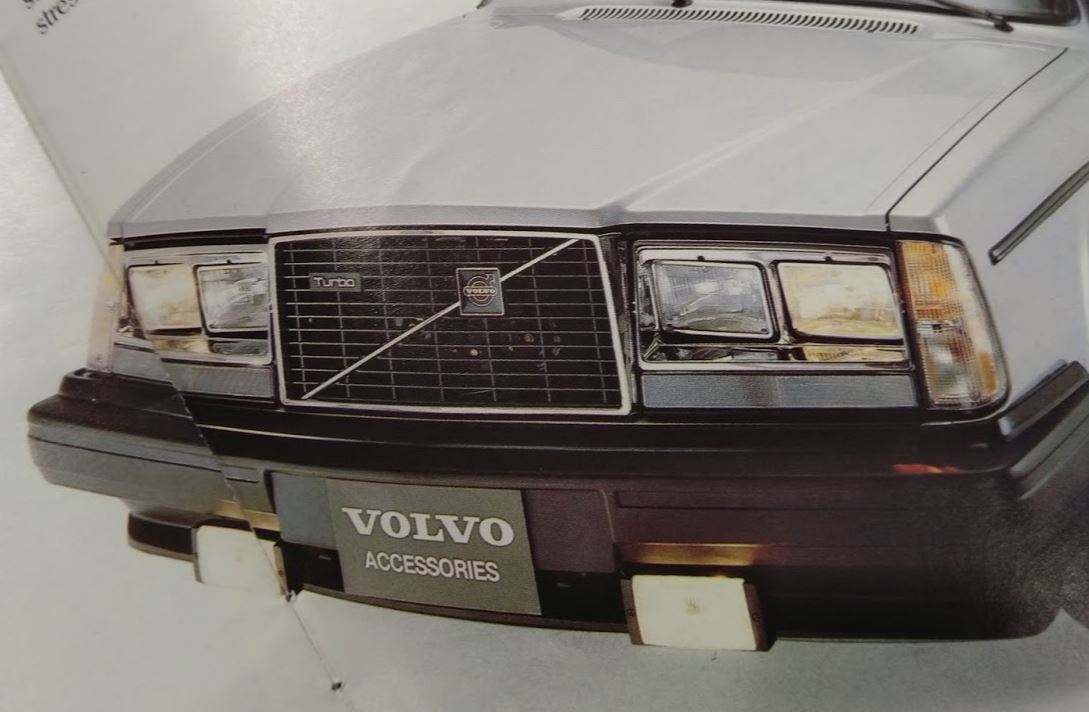 I did lie - there is one obscure photo that looks like it has the lamp position far outboard, which could coincide with the outer spoiler mounting holes at 1200 mm. However I'm NOT doing that! 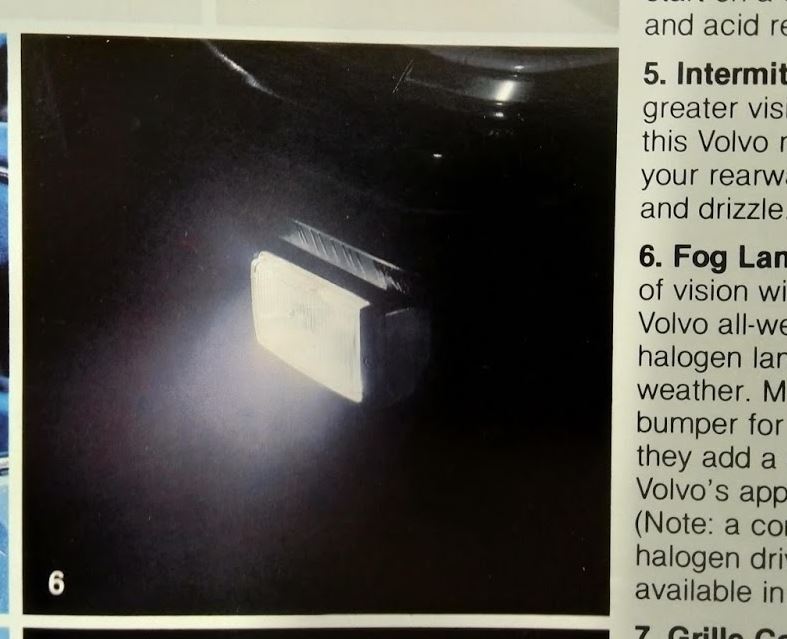