Preface: I've been writing this for a while, keeping it on a personal blog and though I've been rather reclusive, I decided it makes more sense to post it here rather than as some random website. I'll post pretty regularly at least initially to get this up-to-date. I have everything in markdown but it appears I have to upload images for each post rather than hotlinking, which means it'll take more time. If anyone has suggestions for hotlinking with markdown in the editor, I'm all ears.

In 2015, my then girlfriend and I did a roadtrip across Europe at the end of our time living over there. The trip covered about 3 months, about 12,000km total and was in a 940 Turbo B230FK M90 Wagon, which doubled as both our transport and our accomodation for a large part of the trip. It had no aircon, but it had a sunroof, a modified stock radio for Auxiliary-in, and it was RWD and manual. Perfect! We called that car Thor because norse mythology fitted the cars heritage, but mostly because we got given a sticker by a friend that ended up on the dash simply saying 'Thor'.

Starting in London, travelling up to Copenhagen for a metal festival, then making our way through Europe over the next few months to end up in Greece. We handed the keys back to my mate I bought it off after meeting him in Athens, and he drove it back to London. It lived for a few years more after that. Despite its condition I would have liked to ship it back home, if not for the difficulty and Australia's import laws. 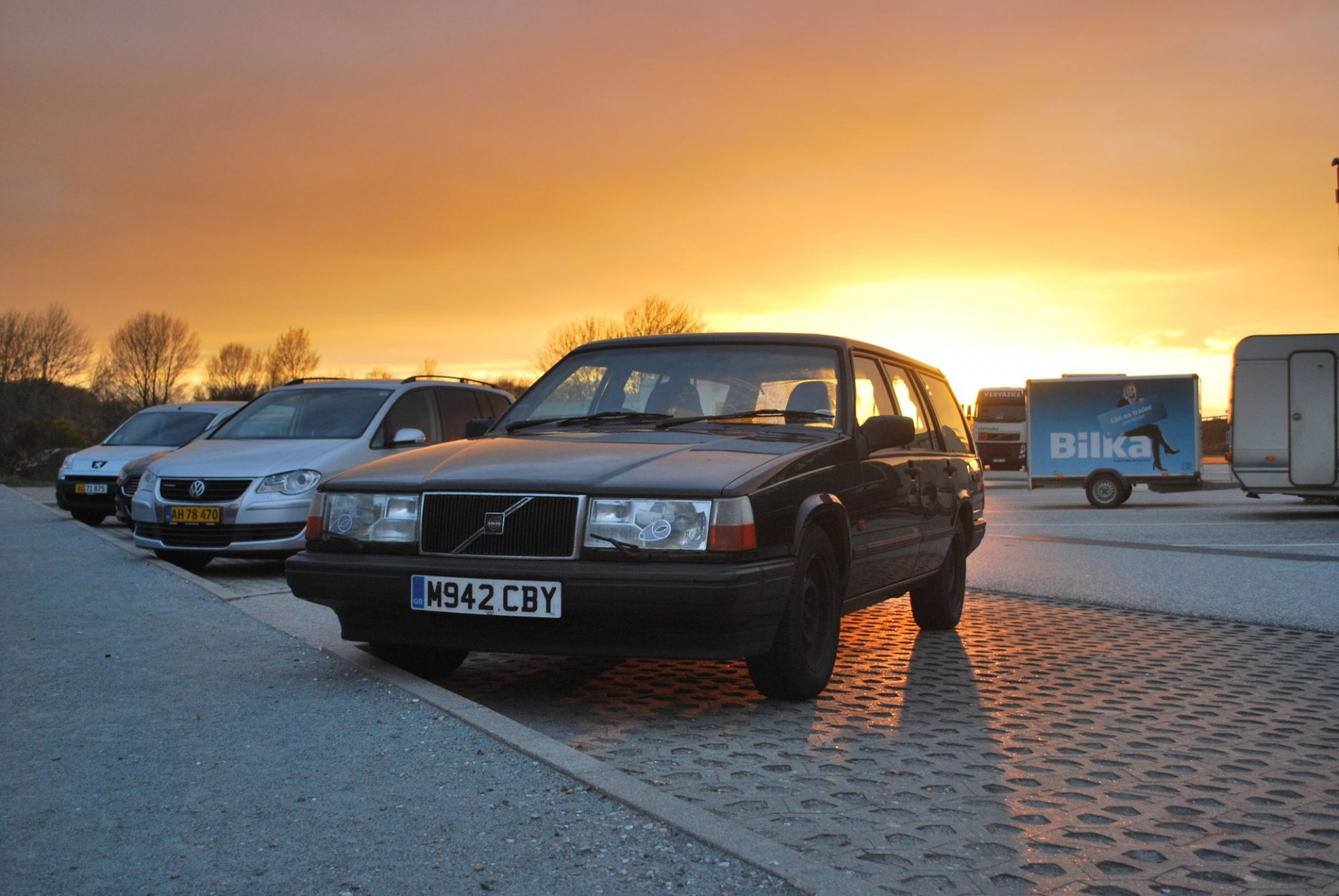 An hour out of Copenhagen, after cannonballing from London over a day and a bit.! 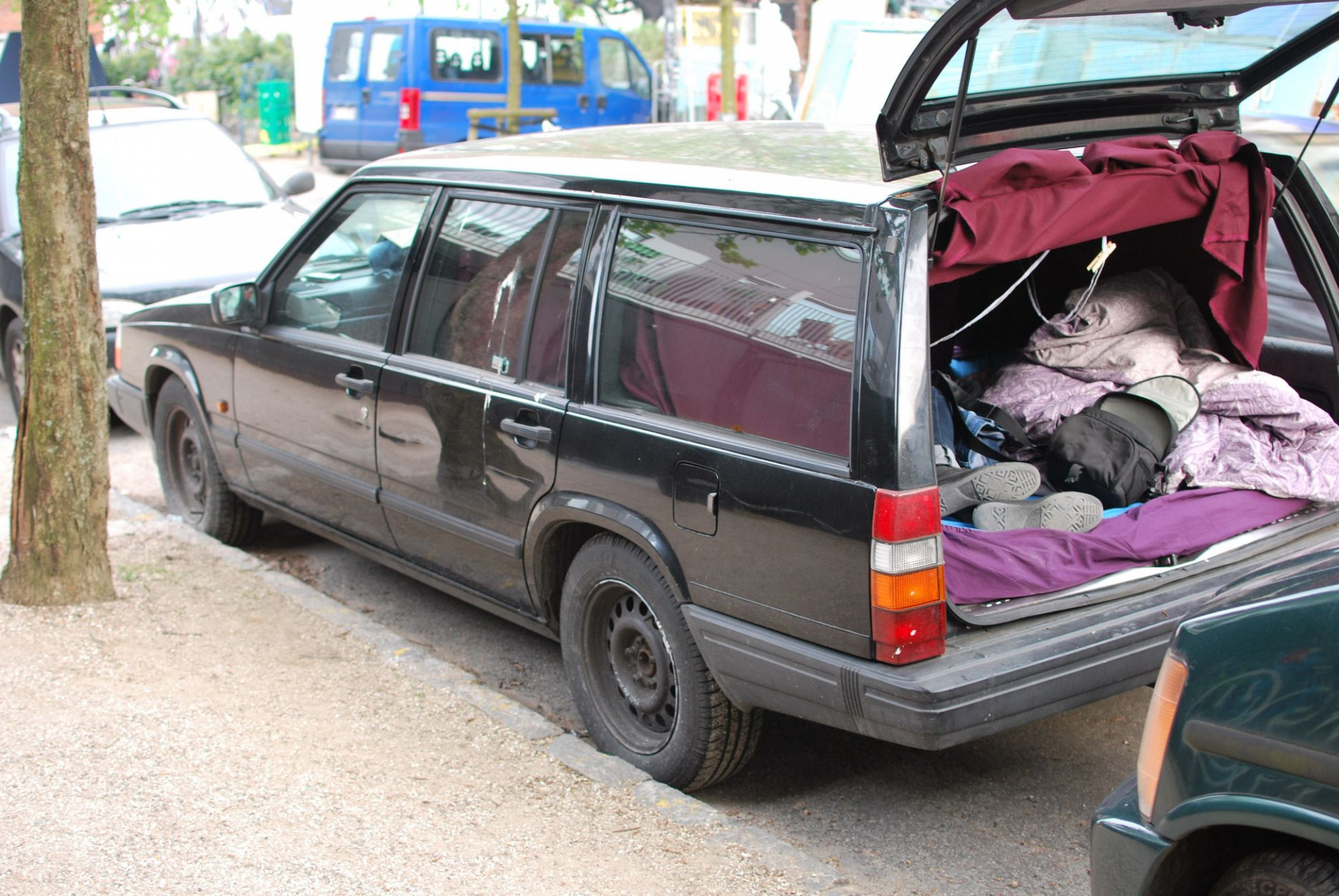 Camping outside Ungdomshuset in Copenhagen during Heavy Days in Doomtown 4 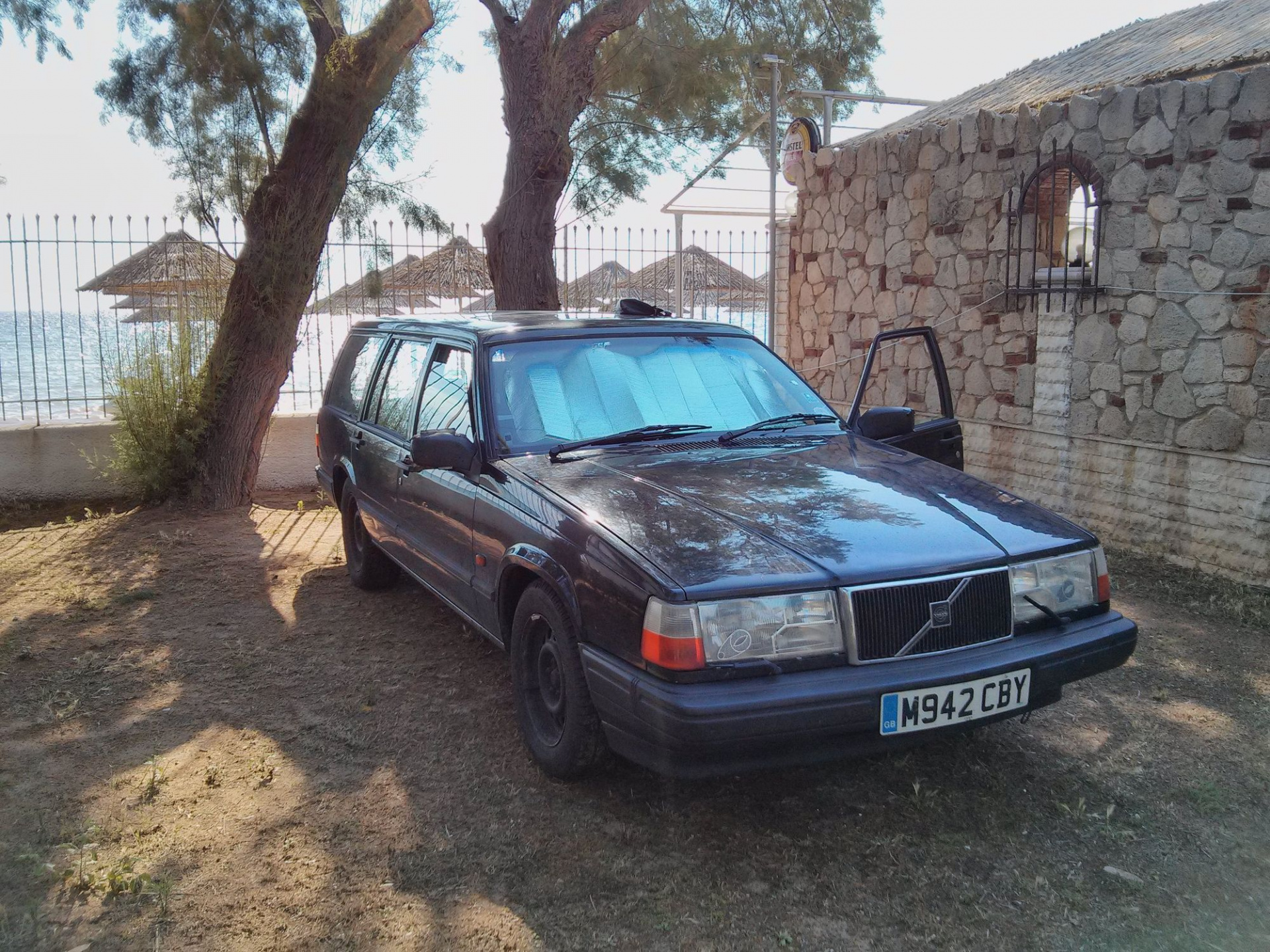 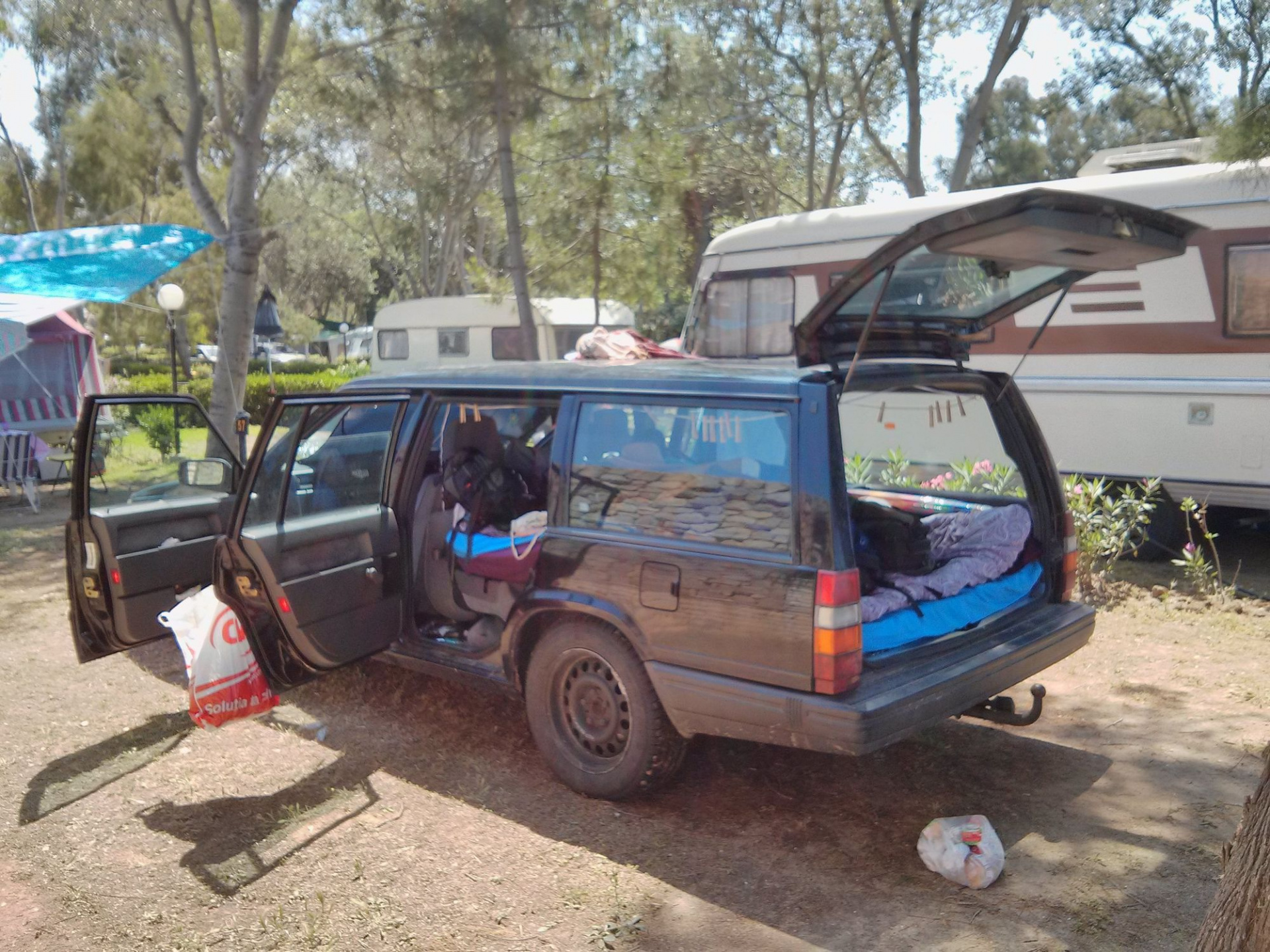 It was surprisingly comfortable. 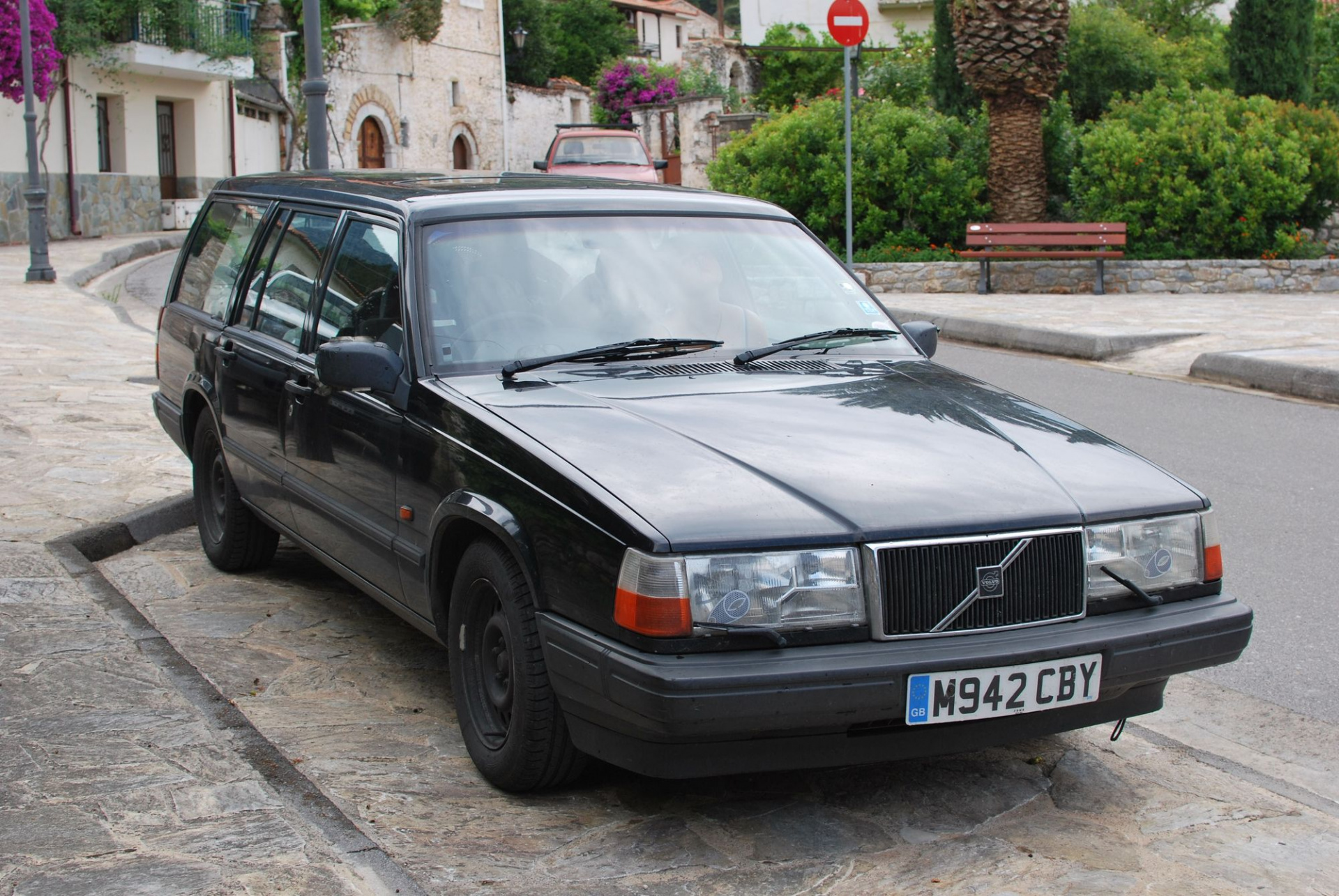 Just look at this... bucket of magnificence!

After we came back to Australia, I was somewhat disheartened by the fact that manual Volvos of that era were for the most part, nonexistant. I decided to get an 850 T-5 (auto) as a 'close enough' which has served well as a daily for the past (almost) 5 years now. However that desire for a 940 M90 project never left me. After some discussion from a friend in the UK I kept in touch with, who I used to work with and sold me the original 940, I had an idea. Obtain a M90 gearbox in the UK, chuck it on a pallet and send the parts required for a conversion down under.

Because this was all just an idea at this point, I started scouring different places for 940 wagons, either turbo or non-turbo. Either way, the bug got me, and I just had to have another Volvo in my life.