Dave and his forever evolving volvos

dave @pigdog Wollongong NSW
November 2018 in RWD
Hey guys figured its easier if i just make one thread for all the volvos i get and crap i do instead of having multiple threads going .

For those of you who don't know, my Volvo addiction started about 2 years ago when i bought a one owner 90 240 sedan for $50 and things quickly spiraled out of control from there . link below if you want to have a look .
https://ozvolvo.org/discussion/5211/my-50-volvo-240#latest

I had been eying off a 92 240 Gle wagon for some time when a mate managed to buy it and presented me with an offer i couldn't refuse , the 92 wagon and a 360Glt for my silver sedan straight swap... 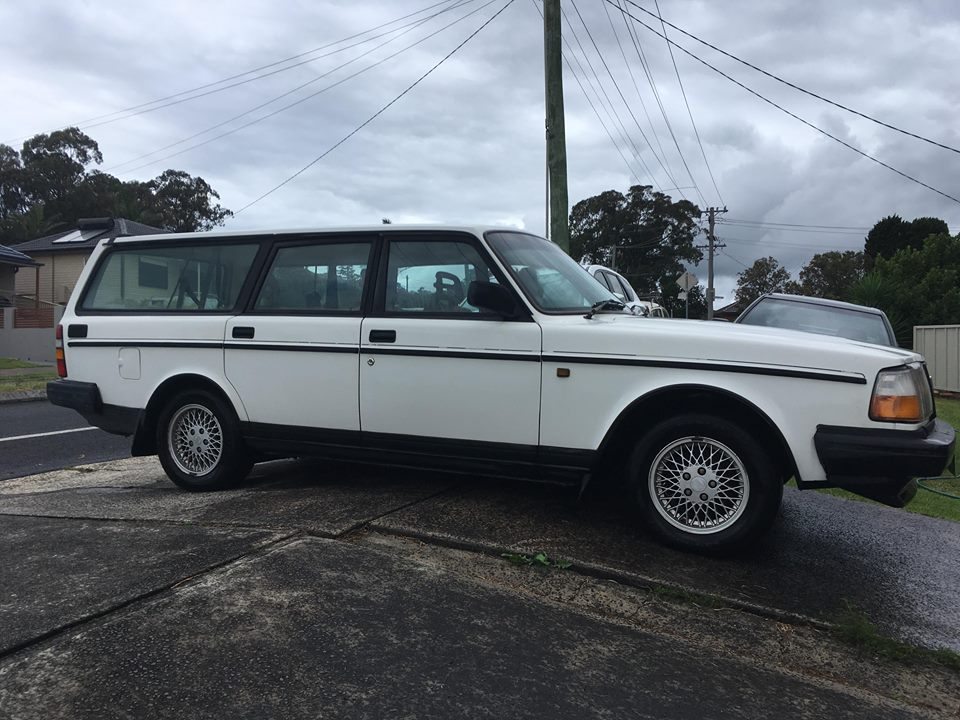 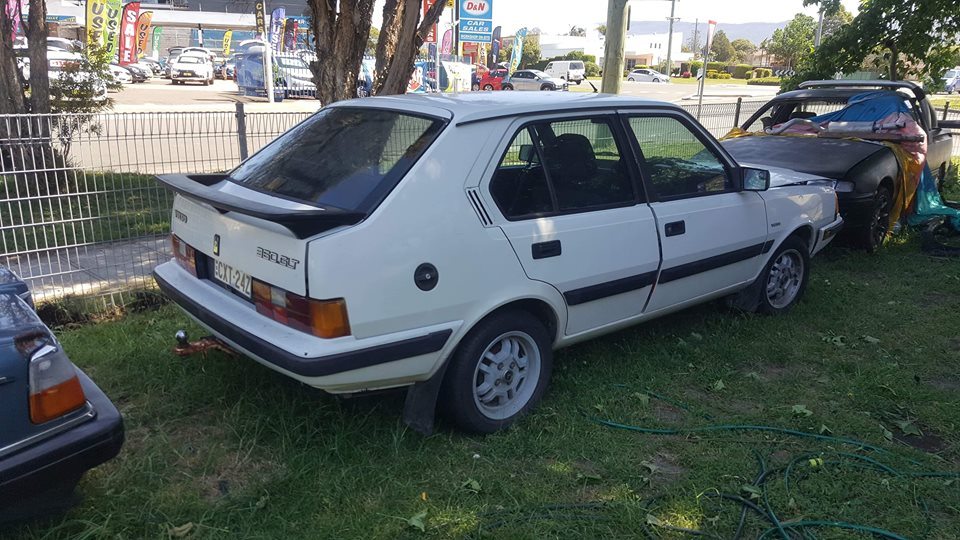 From the start i wanted a wagon and this one was nice , one owner, late model b230fx ,low ks and bloody clean the 360 was a bit rougher and sold non running but its a cool looking little car and the misses needs a daily while we do rust repairs on her 68 beetle so figured why not .

So we shook hands and did the swap, i took the wagon there and then and he took the silver 240 , i started cleaning the wagon cause it had been sitting for about a year and needed a good clean . around 2 hours later i was done and went inside to grab my phone to take some pics and I've got a msg ......"I crashed the 240" followed by these 2 pics ... 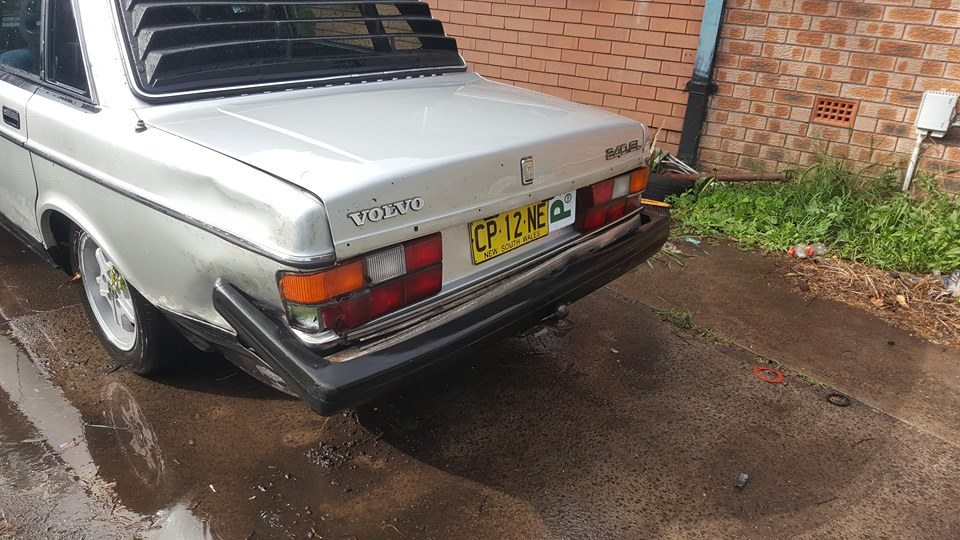 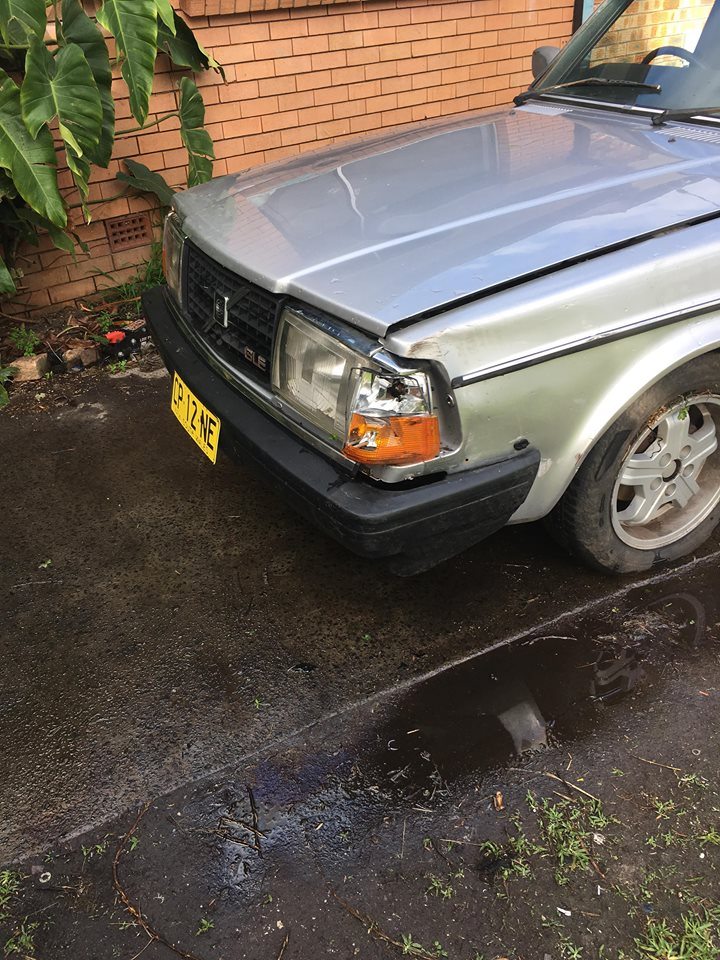 I went straight over and checked it out ...... it looks alot worse in person , the whole arse end has shifted over , every gap on the car is different and it feels weird driving like the arse end is trailing off on its own , hes beat it out and it looks a lot better but its fucked .
So much time and effort destroyed ..

No major plans for the wagon just service and clean the crap outta it and set it up as a solid daily , i will be lowering it cause as it currently sits feels like im going to tip over on turns and handling is just shit in general so i will do all the bushes and get adjustable bars etc and i hate the tan interior it will be going black but it will take some time

I got my Gle grill off my old car figured i finally have a GLE i need my damn grill
i like the look a lot more with this Grill . 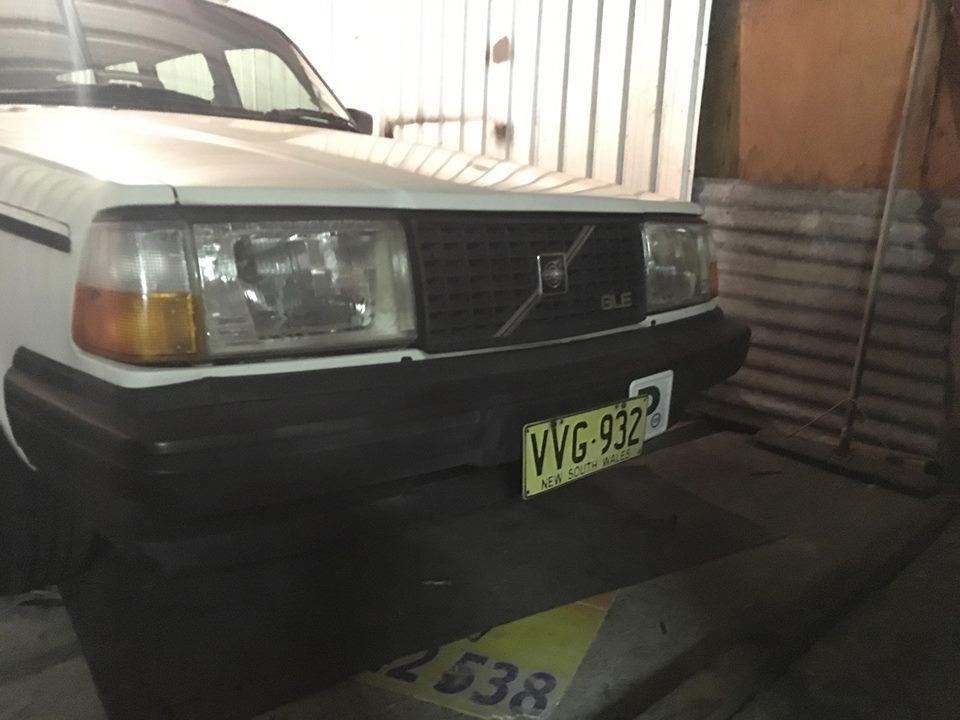 Once i finish servicing and cleaning it all up it will come out of the shed and go into daily life and then we start the 360.

It was sold to my mate non running but he was told it was a good runner till the fuel pump went , it came with a new pump and a blue slip.
he installed the pump but apparently it wouldn't start.. hes not really the sharpest tool in the shed so im not overly concerned , its got 209xxxks and full service history up till 2005 everything looks fine at a quick glance .

My misses will daily the 360 for about a year then her beetle should be done and the 360 is mine .
being an 86 model its eligible for club plates so thats the plan club rego it and start having fun with it

Ill update with pics n stuff as i go a