I used to have a mint condition gold 1978 264 GLE, it was so mint but one night a gang of youths *shakes fist* set it on fire at a skatepark. I tried unsuccessfully to catch one but I had just come back from the hospital after breaking my arm a few hours before. Then I had to watch it burn *cries in the corner*.
Anyway...

. I drove it as my ''daily'' for a little while but it was just never reliable so I put a car cover over it almost 3 year ago. At the time I wanted to drop an LS1 into it but eventually decided that id make a performance car out of something else (stupid turbo Falcon) and one day make this mint and as original as possible. 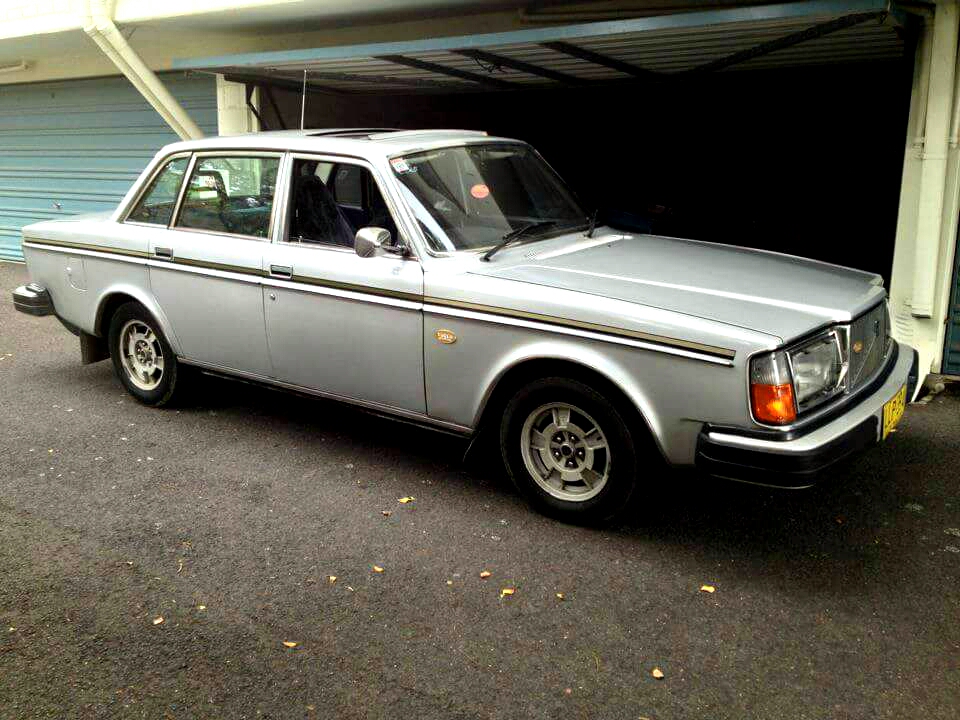 She needs a paint job as its got a few chips. The only major rust I know of is one 50c sized bit in the door frame. Probs have to do a cut and weld job there as its all the way through to the rubber. Interior is in mint condition with blue felt/swede/something seats, except for one rip that I stupidly gave the back of the drivers seat with a car jack.

Donor B280(e/f?) engine and gear box from a 1991 960 and lowered suspension bits and pieces are all waiting to go in. I'm also getting a quote for extractors and custom exhaust which I think ill go with. I have a manual pedal box conversion but decided to stay auto for now. Other than that ill just clean up those weird rims that are on it and get the windows tinted and do a battery to boot conversion to get the engine bay looking clean as possible.