We've just bought an S40 2.4i R-Design MY2009 - first registered May 2010 as a dealer demo. It has 95326km on the odometer. I think we're the second private user. It is a really nice looking car. Titanium Grey Pearl (metalic paint). The only issue was the front lower spoiler lip - its gone - assume they ran over something that took it out. Vendor is getting it fixed as part of the deal.

This is my second Volvo. We also own a 1998 S90 that we bought while on a holiday to the USA - cheaper than renting a car. It is garaged with my wife's relatives in the USA for when we next go over there. The S40
is my first Aussie model Volvo. 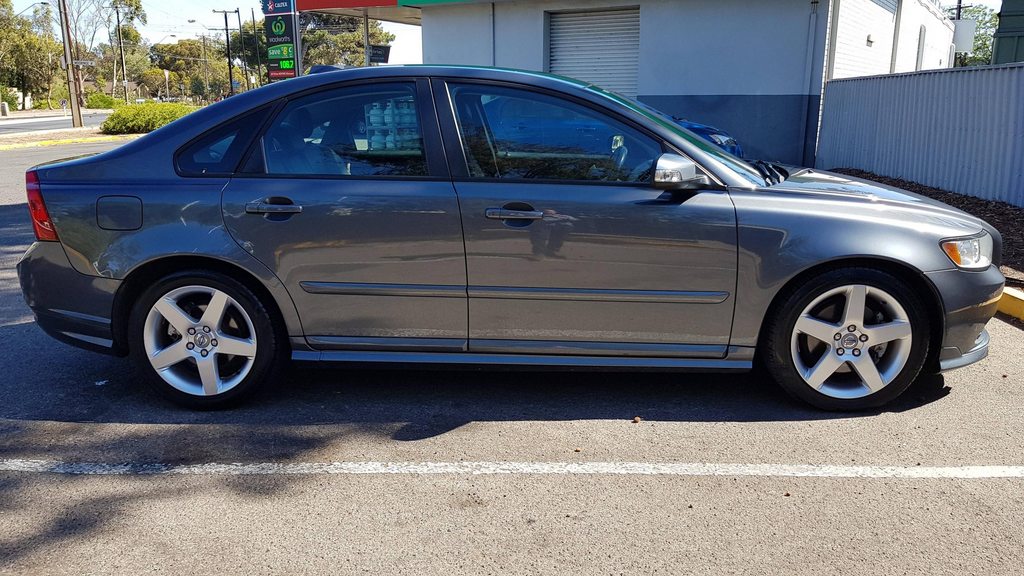 I'm not sure what to expect in regards to issues to be aware of for the S40. But any help is appreciated.

One question I have is the timing belt change over period. In the USA they say 10 years or 120,000 miles. What is the reccomended interval in KM for the S40 here?